It is impossible to determine the precise number of steel compositions and other variations that presently exist, although the total number probably exceeds 1000; thus, any rigid classification is impossible. However, steels are arbitrarily divided into five groups, which has proved generally satisfactory to the metalworking community.

These five classes are:

The first four of these groups are well defined by designation systems developed by the Society of Automotive Engineers (SAE) and the American Iron and Steel Institute (AISI). Each general class is subdivided into numerous groups, with each grade indentified. The fifth group comprises several hundred different compositions; most of them are proprietary. Many of these special steels are similar to specific steels in the first four groups but vary sufficiently to be marked as separate compositions. For example, the SAE-AISI designation system lists nearly 60 stainless steels in four different general subdivisions. In addition to these steels (generally referred to as “standard grades”), there are well over 100 other compositions that are nonstandard. Each steel was developed for a specific application. It should also be noted that both standard and nonstandard steels are designated by the Unified Numbering System (UNS) developed by SAE and ASTM International.

Classification of steels by composition

A letter prefix before the four-digit number indicates the steel making technology:

First digit indicates the class of the alloy steel: 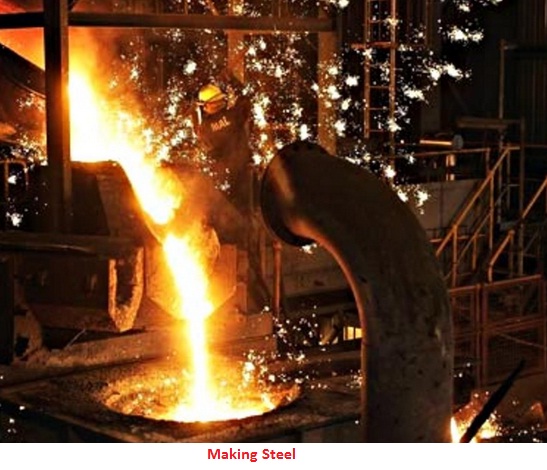 Classification of steels by application

AISI has established three-digit system for the stainless steels:

Designation system of one-letter in combination with a number is accepted for tool steels.