Aluminum "Hardening" - How it works?

The term “heat treating” for aluminum alloys is frequently restricted to the specific operations employed to increase strength and hardness of the precipitation-hardenable wrought and cast alloys. These usually are referred to as the “heat-treatable” alloys to distinguish them from those alloys in which no significant strengthening can be achieved by heating and cooling. 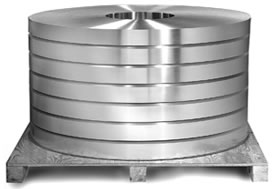 Heat treatment to increase strength of aluminum alloys is a three-step process:

Precipitation hardening, also called age hardening, is a heat treatment technique used to increase the yield strength of malleable materials, including most structural alloys of aluminium, magnesium, nickel and titanium, and some stainless steels. It relies on changes in solid solubility with temperature to produce fine particles of an impurity phase, which impede the movement of dislocations, or defects in a crystal’s lattice.

Since dislocations are often the dominant carriers of plasticity, this serves to harden the material. The impurities play the same role as the particle substances in particle-reinforced composite materials. Just as the formation of ice in air can produce clouds, snow, or hail, depending upon the thermal history of a given portion of the atmosphere, precipitation in solids can produce many different sizes of particles, which have radically different properties. Unlike ordinary tempering, alloys must be kept at elevated temperature for hours to allow precipitation to take place. This time delay is called aging. Solution treatment and aging is sometimes abbreviated “STA” in metals specs and certs.

When the term is applied to aluminum alloys, however, its use frequently is restricted to the specific operations employed to increase strength and hardness of the precipitation-hardenable wrought and cast alloys. These usually are referred to as the “heat-treatable” alloys to distinguish them from those alloys in which no significant strengthening can be achieved by heating and cooling. The latter, generally referred to as “non heat-treatable” alloys depend primarily on cold work to increase strength. Heating to decrease strength and increase ductility (annealing) is used with alloys of both types; metallurgical reactions may vary with type of alloy and with degree of softening desired.

The general requirement for precipitation strengthening of supersaturated solid solutions involves the formation of finely dispersed precipitates during aging heat treatment (which may include either natural aging or artificial aging). The aging must be accomplished not only below the equilibrium solvus temperature, but below a metastable miscibility gap called the Guinier-Preston (GP) zone solvus line.

In the heat-treatable wrought alloys, with some notable exceptions (2024, 2219, and 7178), such solute elements are present in amounts that are within the limits of mutual solid solubility at temperatures below the eutectic temperature (lowest melting temperature). In contrast, some of the casting alloys of the 2xx.0 series and all of the 3xx.0 series alloys contain amounts of soluble elements that far exceed solid-solubility limits. In these alloys, the phase formed by combination of the excess soluble elements with the aluminum will never be dissolved, although the shapes of the undissolved particles may be changed by partial solution.

Heat treatment to increase strength of aluminum alloys is a three-step process :

Precipitation strengthening is possible if the line of solid solubility slopes strongly toward the center of a phase diagram. While a large volume of precipitate particles is desirable, a small enough amount of the alloying element should be added that it remains easily soluble at some reasonable annealing temperature.

Elements used for precipitation strengthening in typical aluminum and titanium alloys, make up about 10% of their composition. While binary alloys are more easily understood as an academic exercise, commercial alloys often use three components for precipitation strengthening, in compositions such as Al(Mg, Cu) and Ti(Al, V). A large number of other constituents may be unintentional, but benign, or may be added for other purposes such as grain refinement or corrosion resistance. In some cases, such as many aluminum alloys, an increase in strength is achieved at the expense of corrosion resistance.

The addition of large amounts of nickel and chromium needed for corrosion resistance in stainless steels means that traditional hardening and tempering methods are not effective. However, precipitates of chromium, copper or other elements can strengthen the steel by similar amounts in comparison to hardening and tempering. The strength can be tailored by adjusting the annealing process, with lower initial temperatures resulting in higher strengths. The lower initial temperature increase driving force of nucleation. More driving force means more nucleation sites, and more sites, means more places for dislocations to be disrupted while the finished part is in use.

To take advantage of the precipitation hardening reaction, it is necessary first to produce a solid solution. The process by which this is accomplished is called solution heat treating, and its objective is to take into solid solution the maximum practical amounts of the soluble hardening elements in the alloy. The process consists of soaking the alloy at a temperature sufficiently high and for a time long enough to achieve a nearly homogeneous solid solution.

Certain alloys that are relatively insensitive to cooling rate during quenching can be either air cooled or water quenched directly from a final hot working operation. In either condition, these alloys respond strongly to precipitation heat treatment. This practice is widely used in producing thin extruded shapes of alloys 6061, 6063, 6463 and 7005.

In most instances, to avoid those types of precipitation that are detrimental to mechanical properties or to corrosion resistance, the solid solution formed during solution heat treatment must be quenched rapidly enough (and without interruption) to produce supersaturated solution at room temperature - the optimum condition for precipitation hardening.

The resistance to stress-corrosion cracking of certain copper-free aluminum-zinc-magnesium alloys, however, is improved by slow quenching. Most frequently, parts are quenched by immersion in cold water, or in continuous heat treating of sheet, plate, or extrusions in primary fabricating mills, by progressive flooding or high-velocity spraying with cold water.

For the alloys that are used in these tempers, the relatively high supersaturation of atoms and vacancies retained by rapid quenching causes rapid formation of GP zones, and strength increases rapidly, attaining nearly maximum stable values in four or five days. Tensile-property specifications for products in T3- and T4-type tempers are based on a nominal natural aging time of four days. In alloys for which T3- or T4-type tempers are standard, the changes that occur in further natural aging are of relatively minor magnitude, and products of these combinations of alloy and temper are regarded as essentially stable after about one week.

Choice of time-temperature cycles for precipitation heat treatment should receive careful consideration. Larger particles of precipitate result from longer times and higher temperatures; however, the larger particles must, of necessity, be fewer in number with greater distances between them. The objective is to select the cycle that produces optimum precipitate size and distribution pattern. Unfortunately, the cycle required to maximize one property, such as tensile strength, is usually different from that required to maximize others, such as yield strength and corrosion resistance. Consequently, the cycles used represent compromises that provide the best combinations of properties. Production of material in T5- through T7-type tempers necessitates precipitation heat treating at elevated temperatures (artificial aging).

Differences in type, volume fraction, size, and distribution of the precipitated particles govern properties as well as the changes observed with time and temperature, and these are all affected by the initial state of the structure. The initial structure may vary in wrought products from unrecrystallized to recrystallized and may exhibit only modest strain from quenching or additional strain from cold working after solution heat treatment. These conditions, as well as the time and temperature of precipitation heat treatment, affect the final structure and the resulting mechanical properties.

Precipitation heat treatment following solution heat treatment and quenching produces T6- and T7-type tempers. Alloys in T6-type tempers generally have the highest strengths practical without sacrifice of the minimum levels of other properties and characteristics found by experience to be satisfactory and useful for engineering applications. Alloys in T7 tempers are overaged, which means that some degree of strength has been sacrificed or “traded off” to improve one or more other characteristics. Strength may be sacrificed to improve dimensional stability, particularly in products intended for service at elevated temperatures, or to lower residual stresses in order to reduce warpage or distortion in machining. T7-type tempers frequently are specified for cast or forged engine parts. Precipitation heat-treating temperatures used to produce these tempers generally are higher than those used to produce T6-type tempers in the same alloys. 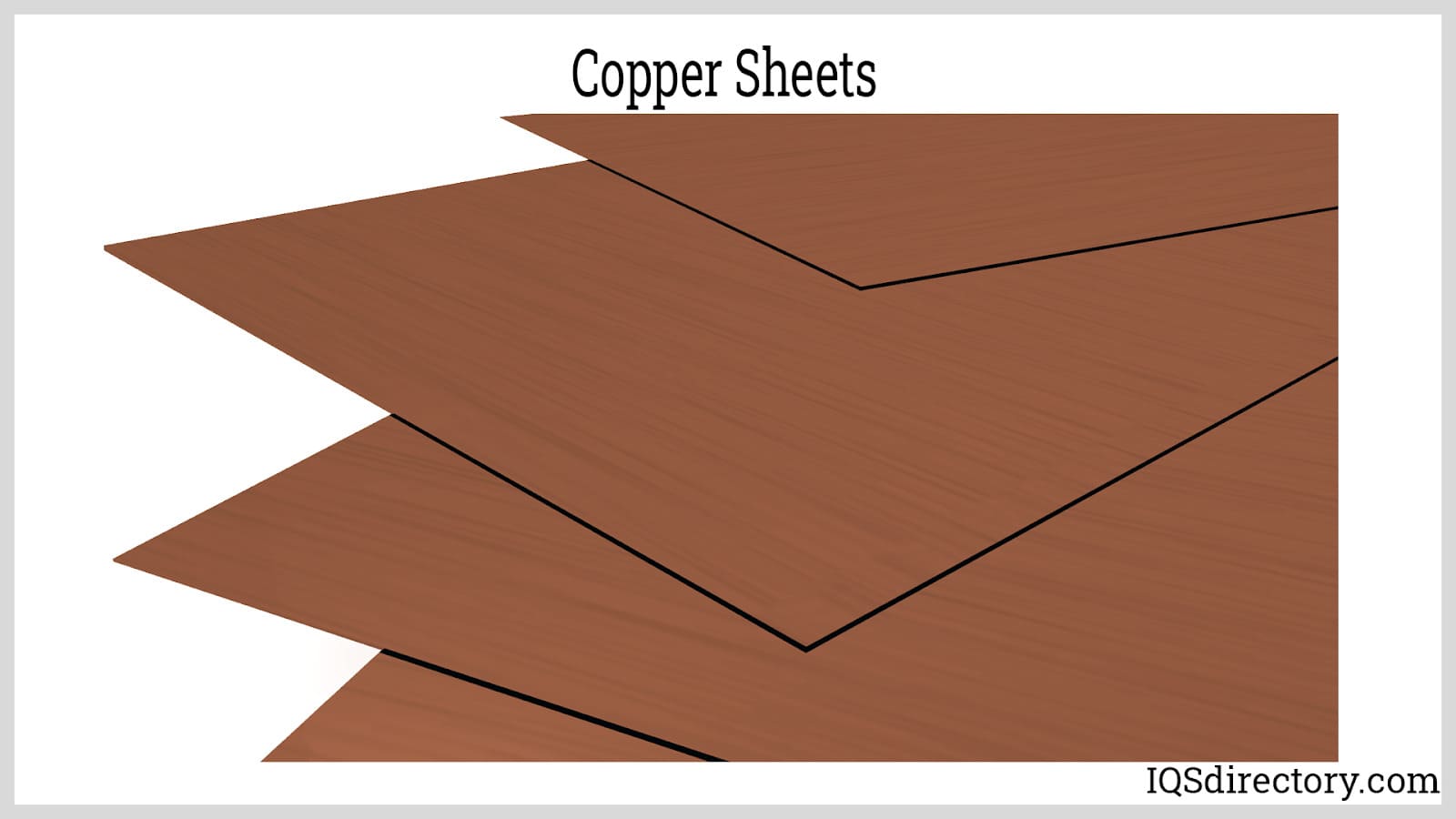 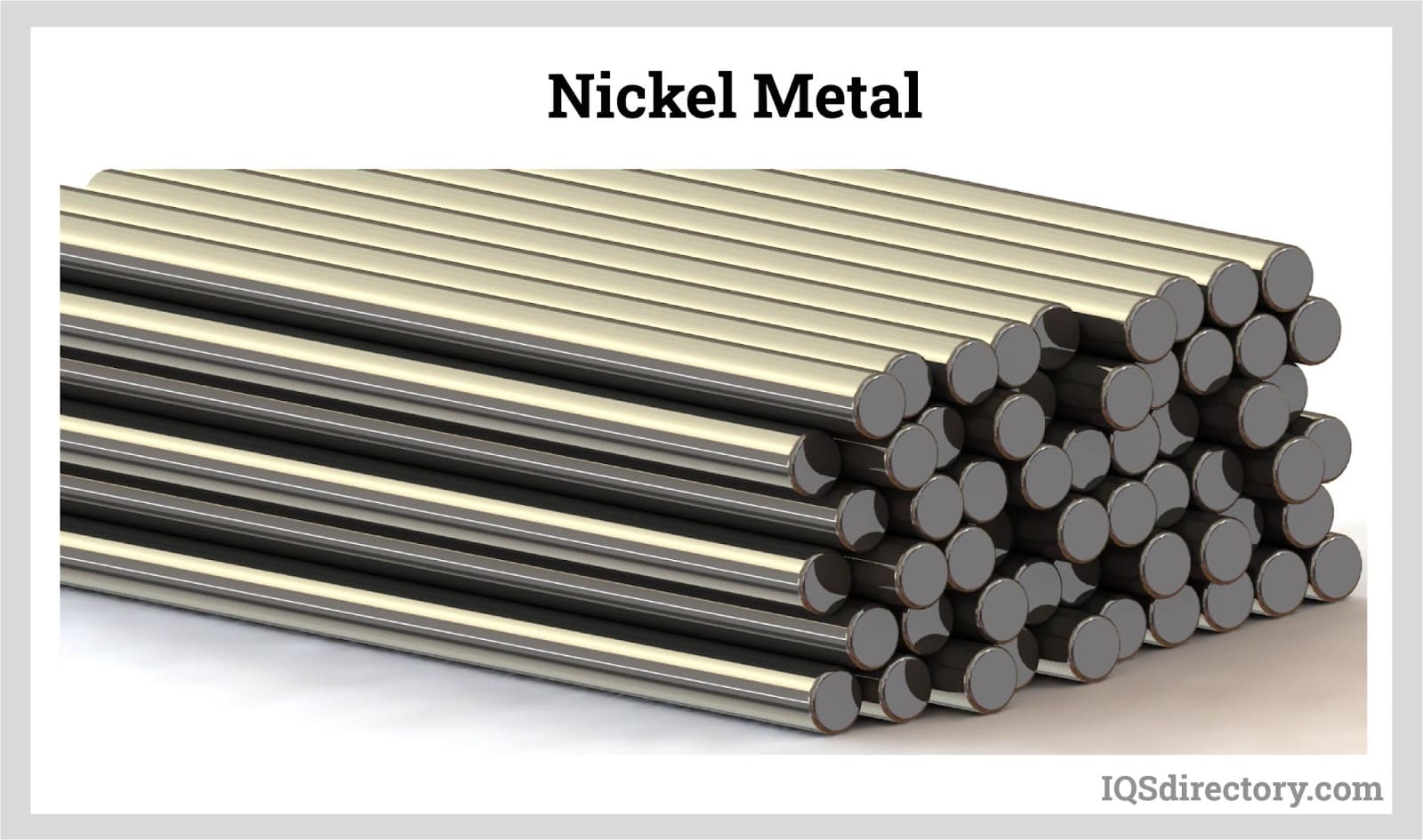 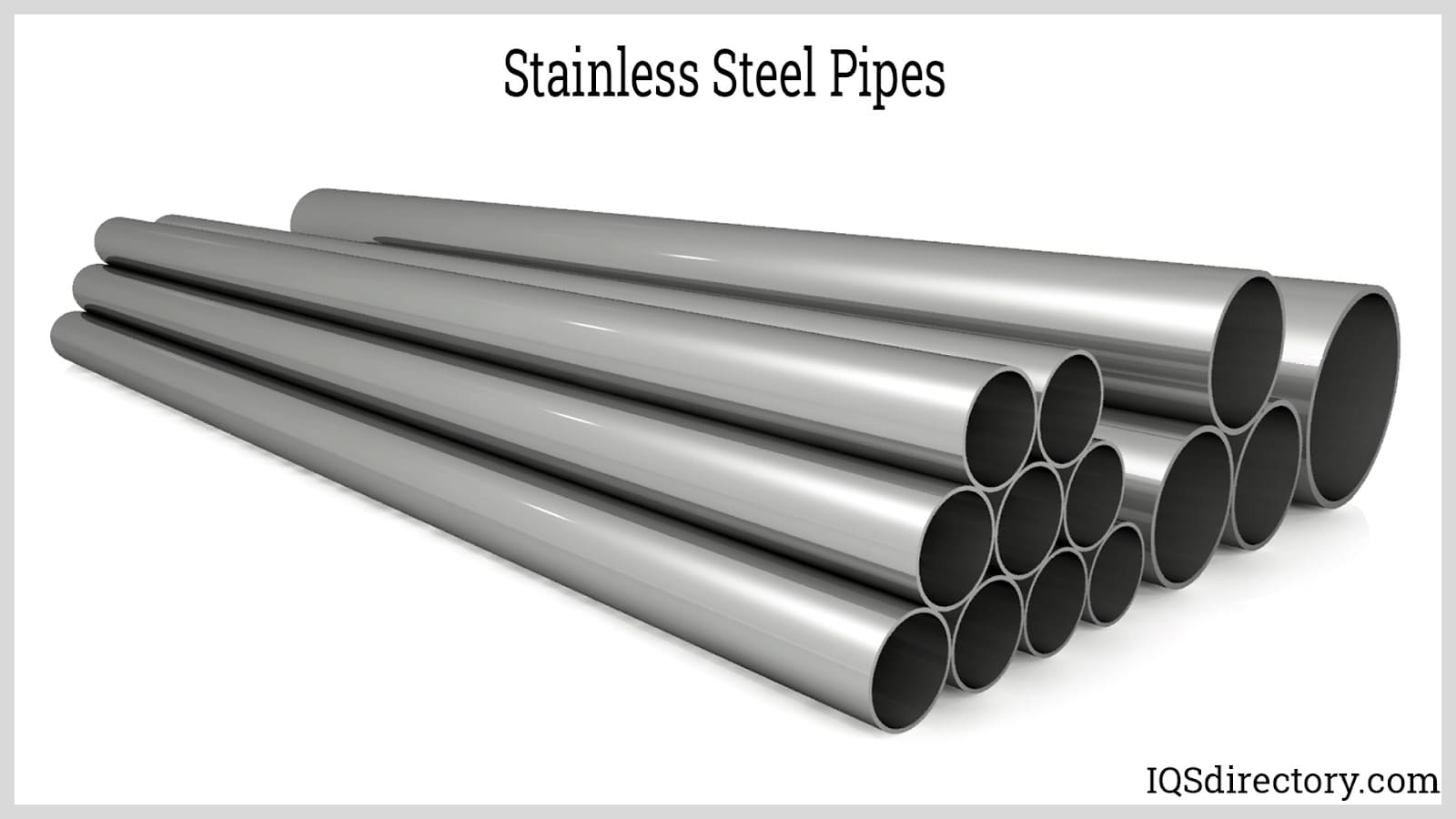 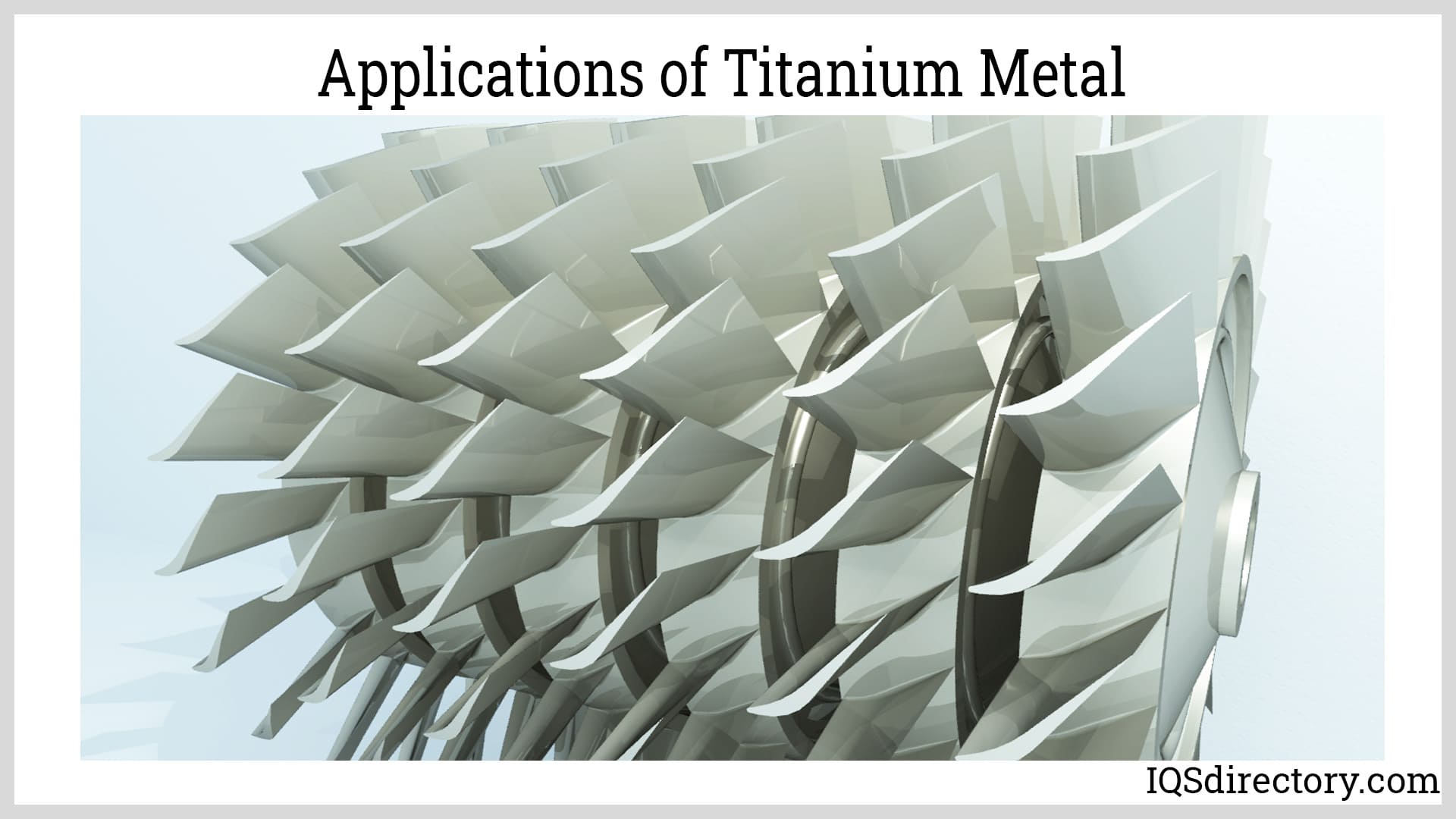 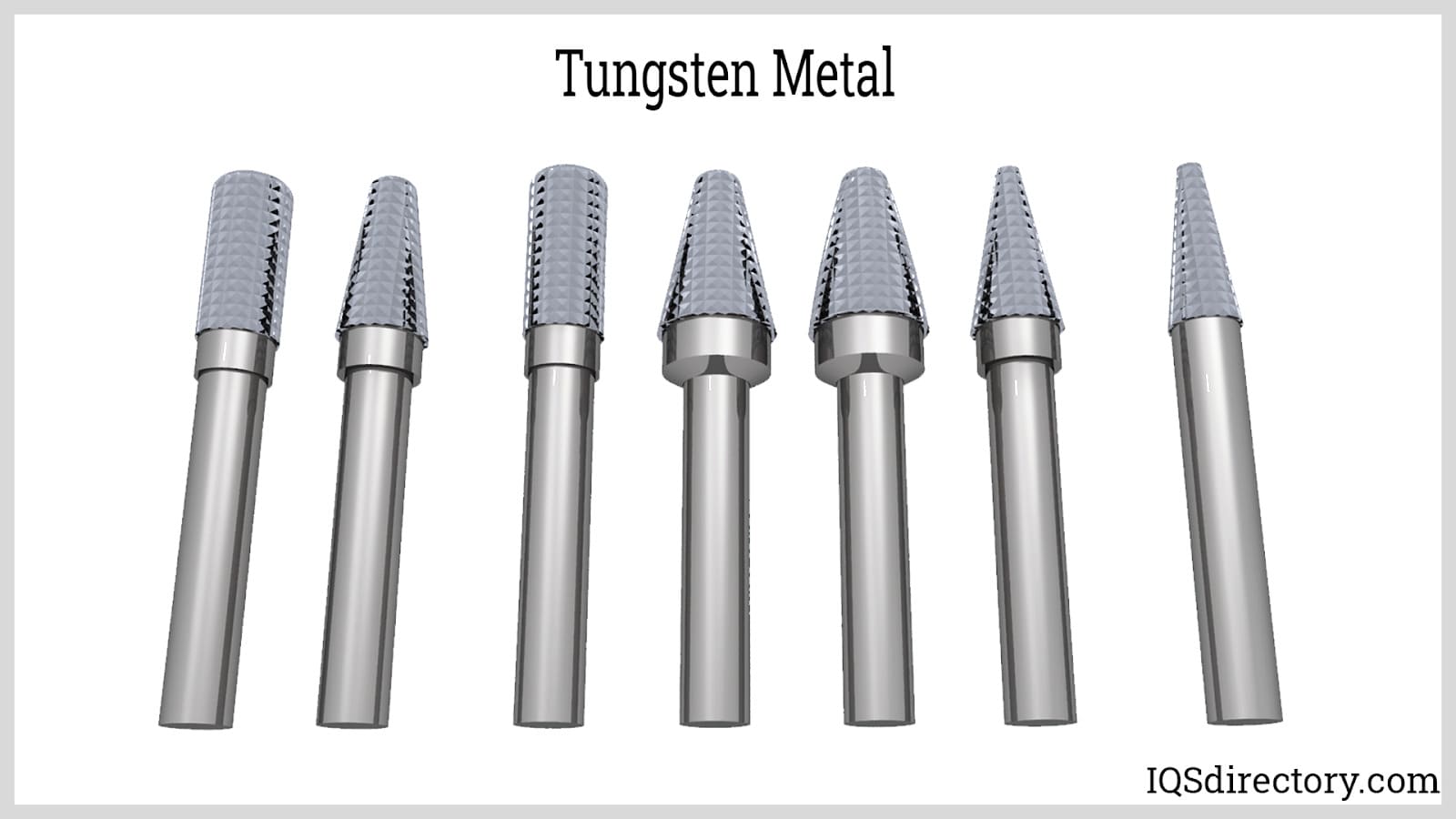 Nitriding - How it works?