Nitriding - How it works?

Nitriding is a case hardening process that depends on the absorption of nitrogen into the steel. All machining, stress relieving, as well as hardening and tempering are normally carried out before nitriding. The parts are heated in a special container through which ammonia gas is allowed to pass. 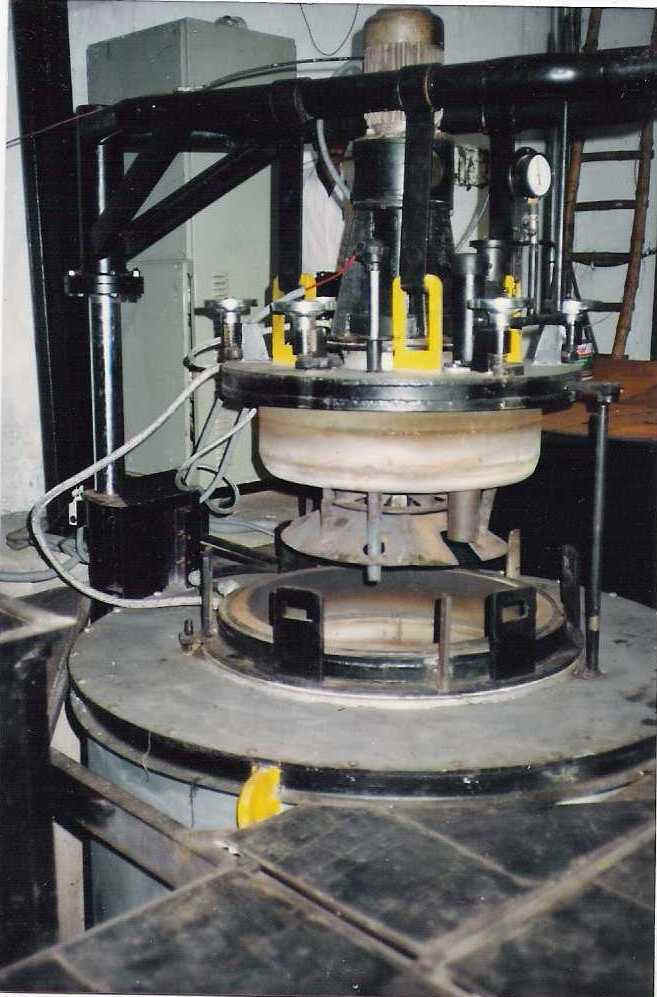 The ammonia splits into hydrogen and nitrogen and the nitrogen reacts with the steel penetrating the surface to form nitrides. Nitriding steels offer many advantages: a much higher surface hardness is obtainable when compared with case-hardening steels; they are extremely resistant to abrasion and have a high fatigue strength.

Systematic investigation into the effect of nitrogen on the surface properties of steel only started in the 1920s. Investigation into gas nitriding began independently in both Germany and America. The process was greeted with enthusiasm in Germany and several steel grades were developed with nitriding especially in mind, these are the so called nitriding steels. 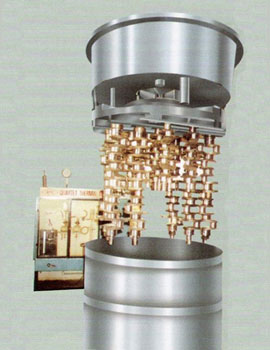 The reception in America, on the other hand, was less impressive. With so little demand the process was more or less forgotten in the US. It was only after World War II that the process was reintroduced from Europe. A great deal of research has taken place in the last few decades to understand the thermodynamics and kinetics of the reactions taking place. 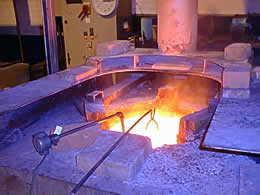 Nitriding is a heat treating process that diffuses nitrogen into the surface of a metal to create a case hardened surface. It is predominantly used on steel, but also titanium, aluminum and molybdenum. Typical applications include gears, crankshafts, camshafts, cam followers, valve parts, extruder screws, die-casting tools, forging dies, extrusion dies, injectors and plastic-mold tools. The processes are named after the medium used to donate nitrogen. The three main methods used are: gas nitriding, salt bath nitriding, and plasma nitriding.

In gas nitriding the donor is a nitrogen rich gas, usually ammonia (NH3), which is why it is sometimes known as ammonia nitriding. When ammonia comes into contact with the heated work piece it disassociates into nitrogen and hydrogen. The nitrogen then diffuses from the surface into the core of the material. This process has been around for nearly a century though only in the last few decades has there been a concentrated effort to investigate the thermodynamics and kinetics involved. 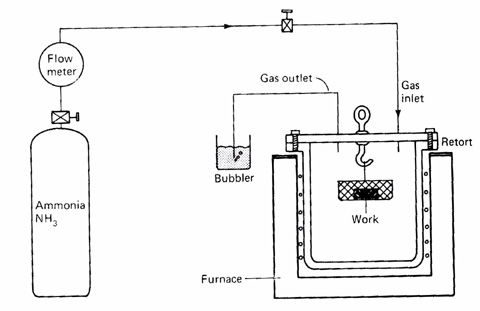 Recent developments have led to a process that can be accurately controlled. The thickness and phase constitution of the resulting nitriding layers can be selected and the process optimized for the particular properties required. The advantages of gas nitriding over the other variants are:

The disadvantages of gas nitriding are:

Plasma nitriding, also known as ion nitriding, plasma ion nitriding or glow-discharge nitriding, is an industrial surface hardening treatment for metallic materials. In plasma nitriding, the reactivity of the nitriding media is not due to the temperature but to the gas ionized state. In this technique intense electric fields are used to generate ionized molecules of the gas around the surface to be nitrided. 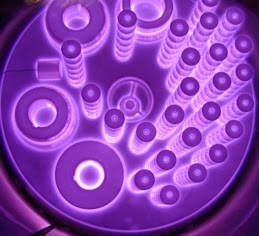 Such highly active gas with ionized molecules is called plasma, naming the technique. The gas used for plasma nitriding is usually pure nitrogen, since no spontaneous decomposition is needed (as is the case of gas nitriding with ammonia). There are hot plasmas typified by plasma jets used for metal cutting, welding, cladding or spraying. There are also cold plasmas, usually generated inside vacuum chambers, at low pressure regimes.

Usually steels are very beneficially treated with plasma nitriding. Plasma nitriding advantage is related to the close control of the nitrided microstructure, allowing nitriding with or without compound layer formation. Not only the performance of metal parts gets enhanced but working lifespan gets boosted. So does the strain limit, and the fatigue strength of the metals being treated. For instance, mechanical properties of austenitic stainless steel like wear can be significantly reduced and the hardness of tool steels can be double on the surface. 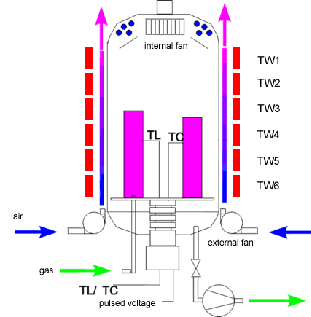 A plasma nitrided part is usually ready for use. It calls for no machining, or polishing or any other post-nitriding operations. Thus the process is user-friendly, saves energy since it works fastest, and causes little or no distortion.

This process was invented by Dr. Bernhardt Berghaus of Germany who later settled in Zurich to escape persecution of his community by the Nazis in 1939. It was only after his death in late 1960s that the process was acquired by Klockner group and popularized world over.

Plasma nitriding is often coupled with physical vapor deposition (PVD) process and labeled Duplex Treatment, to avail of immensely enhanced benefits. Many users prefer to have a plasma oxidation step combined at the last phase of processing to generate a smooth jetblack layer of oxides which is very resistant to not only wear but corrosion.

Since nitrogen ions are made available by ionization, differently from gas or salt bath, plasma nitriding efficiency does not depend on the temperature. Plasma nitriding can thus be performed in a broad temperature range, from 260°C to more than 600°C. For instance, at moderate temperatures (like 420°C), stainless steels can be nitrided without the formation of chromium nitride precipitates and hence maintaining their corrosion resistance properties.

In plasma nitriding processes nitrogen gas (N2) is usually the nitrogen carrying gas. Other gasses like hydrogen or Argon are also used. Indeed, Argon and H2 can be used before the nitriding process during the heating up of the parts in order to clean the surfaces to be nitrided. This cleaning procedure effectively removes the oxide layer from surfaces and may remove fine layers of solvents that could remain.

This also helps the thermal stability of the plasma plant since the heat added by the plasma is already present during the warm up and hence once the process temperature is reached the actual nitriding begins with minor heating changes. For the nitriding process H2 gas is also added in order keep the surface clear of oxides. This effect can be observed by analysing the surface of the part under nitriding.

Ideally, steels for nitriding should be in the hardened and tempered condition, requiring nitriding take place at a lower temperature than the last tempering temperature. A fine-turned or ground surface finish is best. Minimal amounts of material should be removed post nitriding to preserve the surface hardness. Nitriding alloys are alloy steels with nitride forming elements such as aluminum, chromium, molybdenum and titanium.