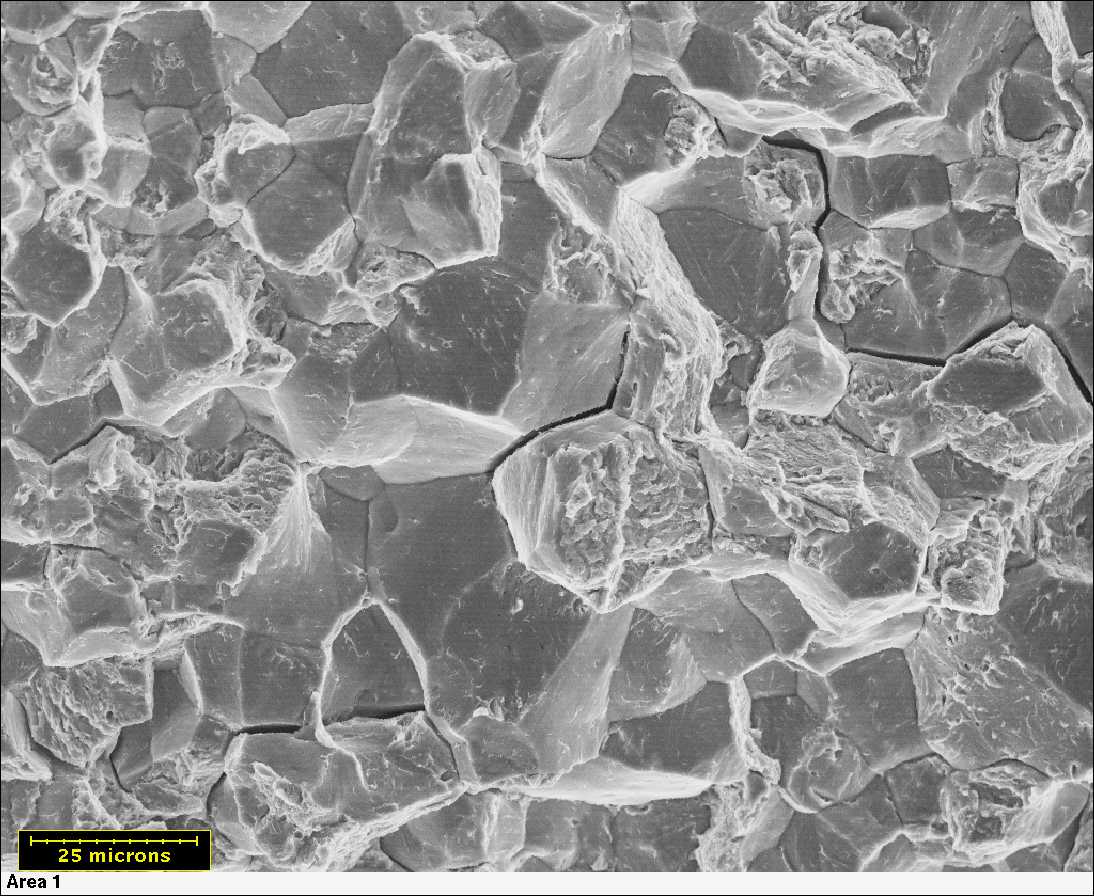 When tensile stresses are applied to a hydrogen embrittled component it may fail prematurely.  Hydrogen embrittlement failures are frequently unexpected and sometimes catastrophic.  An externally applied load is not required as the tensile stresses may be due to residual stresses in the material.  The threshold stresses to cause cracking are commonly below the yield stress of the material. High strength steel, such as quenched and tempered steels or precipitation hardened steels are particularly susceptible to hydrogen embrittlement.   Hydrogen can be introduced into the material in service or during materials processing. 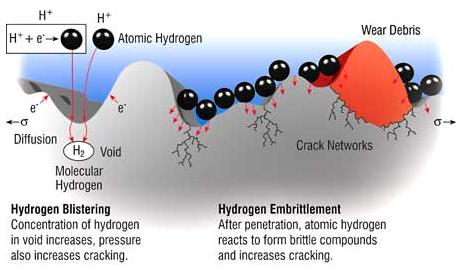 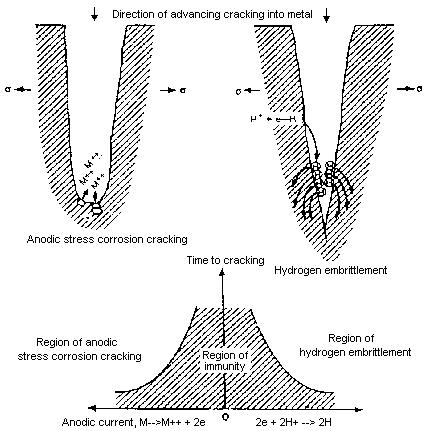 The mechanism starts with lone hydrogen atoms diffusing through the metal. At high temperatures, the elevated solubility of hydrogen allows hydrogen to diffuse into the metal (or the hydrogen can diffuse in at a low temperature, assisted by a concentration gradient). When these hydrogen atoms re-combine in minuscule voids of the metal matrix to form hydrogen molecules, they create pressure from inside the cavity they are in. This pressure can increase to levels where the metal has reduced ductility and tensile strength up to the point where it cracks open (hydrogen induced cracking, or HIC). High-strength and low-alloy steels, nickel and titanium alloys are most susceptible. 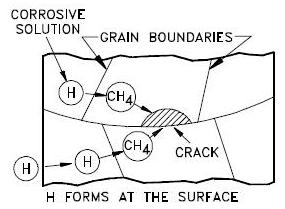 Tensile stresses, susceptible material, and the presence of hydrogen are necessary to cause hydrogen embrittlement.  Residual stresses or externally applied loads resulting in stresses significantly below yield stresses can cause cracking.  Thus, catastrophic failure can occur without significant deformation or obvious deterioration of the component. 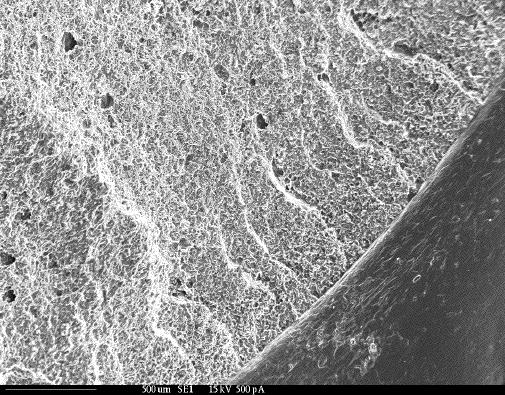 The SEM image is taken from a cellulose-acetate replica made from a fractured steel shaft. The fracture face resembles tension overload of a hydrogen embrittled, tempered, martensitic steel. Source:https://www.corrosionhelp.com/ 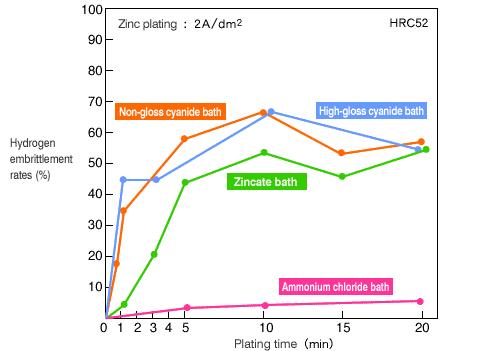 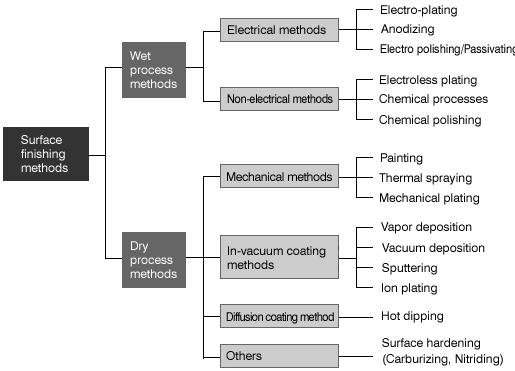 Austempered iron is also susceptible.Steel with an ultimate tensile strength of less than 1000 MPa or hardness of less than 30 HRC are not generally considered susceptible to hydrogen embrittlement. Jewett et al  reports the results of tensile tests carried out on several structural metals under high-pressure molecular hydrogen environment.

These tests have shown that austenitic stainless steels, aluminum (including alloys), copper (including alloys, e.g. beryllium copper) are not susceptible to hydrogen embrittlement along with few other metals. For example of a severe embrittlement measured by Jewett, the elongation at failure of 17-4PH precipitation hardened stainless steel was measured to drop from 17% to only 1.7% when smooth specimens were exposed to high-pressure hydrogen. 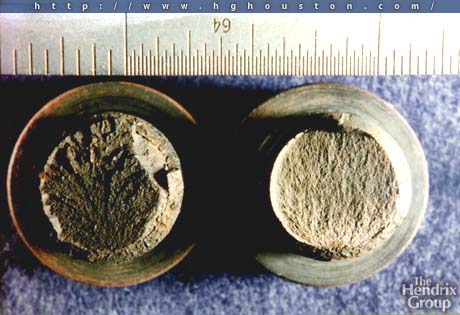 Hydrogen embrittlement can occur during various manufacturing operations or operational use - anywhere that the metal comes into contact with atomic or molecular hydrogen. Processes that can lead to this include cathodic protection, phosphating, pickling, and electroplating.

A special case is arc welding, in which the hydrogen is released from moisture (for example in the coating of the welding electrodes; to minimize this, special low-hydrogen electrodes are used for welding high-strength steels). Other mechanisms of introduction of hydrogen into metal are galvanic corrosion, chemical reactions of metal with acids, or with other chemicals (notably hydrogen sulfide in sulfide stress cracking, or SSC, a process of importance for the oil and gas industries).

2 Comments for this entry