Nickel is a chemical element, with the chemical symbol Ni and atomic number 28. It is a silvery-white lustrous metal with a slight golden tinge. It is one of the four elements that are ferromagnetic around room temperature, the other three being iron, cobalt and gadolinium.

The use of nickel has been traced as far back as 3500 BC, but it was first isolated and classified as a chemical element in 1751 by Axel Fredrik Cronstedt, who initially mistook its ore for a copper mineral. Its most important ore minerals are laterites, including limonite and garnierite, and pentlandite. Major production sites include Sudbury region in Canada, New Caledonia and Norilsk in Russia.

Pure nickel shows a significant chemical activity, but is slow to react at ambient conditions due to the formation of a protective oxide surface – similar to some other metals like chromium, aluminium and titanium. Because of this permanence in air and slow rate of oxidation, nickel is considered corrosion-resistant. 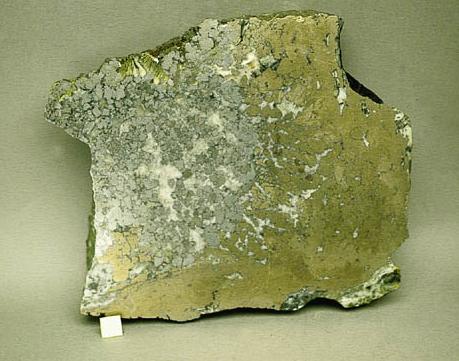 Historically it has been used for plating metals such as iron and brass, for chemical apparatus, and in certain alloys such as German silver. About 6% of world nickel production is still used for corrosion-resistant pure-nickel plating. Nickel was a common component of coins, but is has largely been replaced by cheaper iron for this purpose, especially since the metal has proven to be an skin allergen for some people. 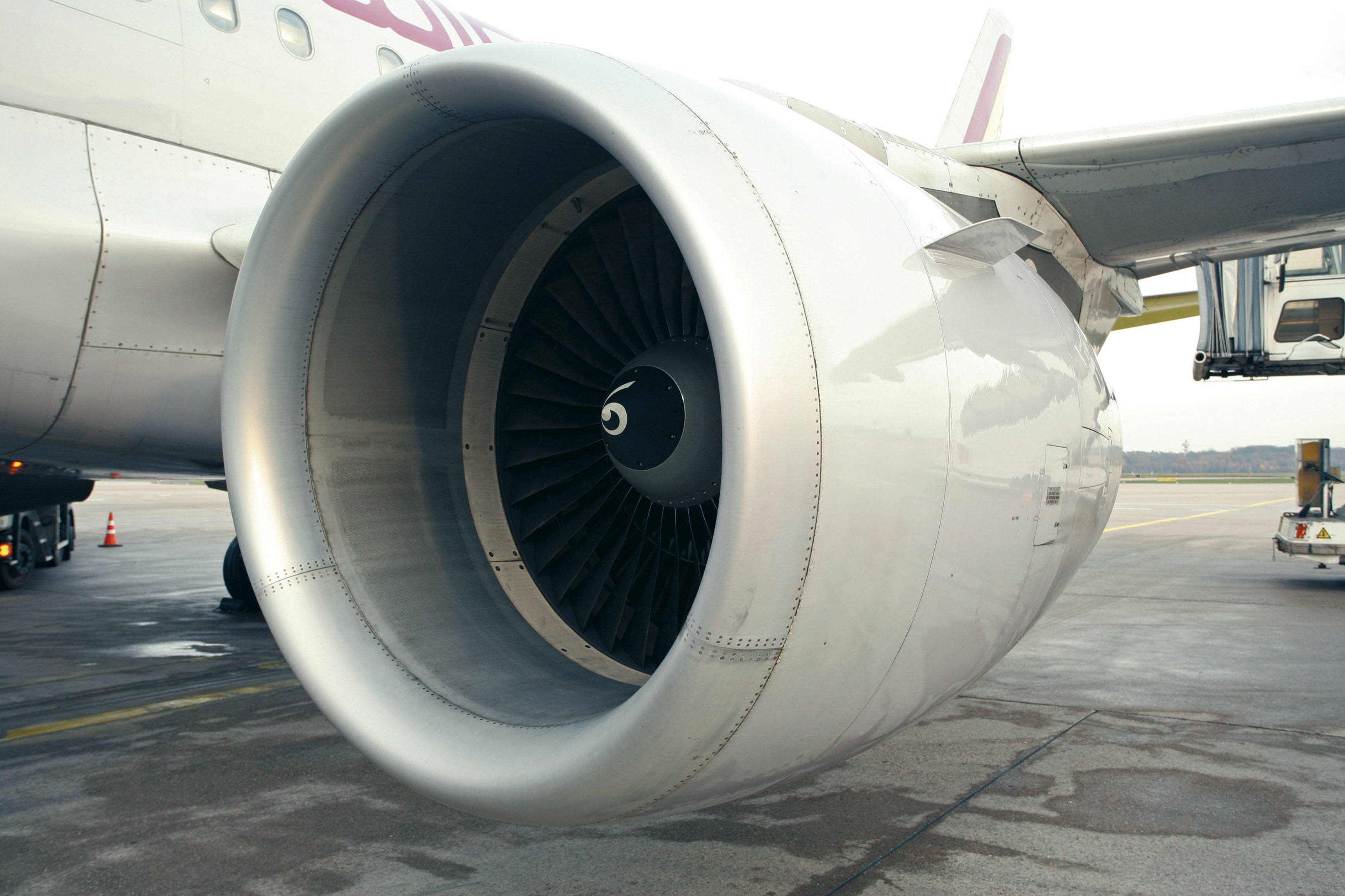 Alnico is an acronym referring to iron alloys which in addition to iron are composed primarily of aluminium (Al), nickel (Ni) and cobalt (Co), hence al-ni-co, with the addition of copper, and sometimes titanium. Alnico alloys are ferromagnetic, with a high coercivity (resistance to loss of magnetism) and are used to make permanent magnets. Before the development of rare earth magnets in the 1970s, they were the strongest type of magnet. Other trade names for alloys in this family are: Alni, Alcomax, Hycomax, Columax, and Ticonal. 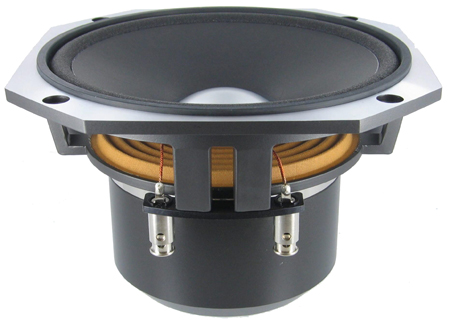 Speaker made from Alnico 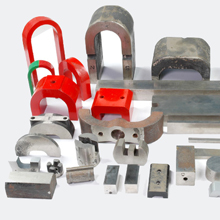 Alnico alloys make strong permanent magnets, and can be magnetized to produce strong magnetic fields. Of the more commonly available magnets, only rare-earth magnets such as neodymium and samarium-cobalt are stronger. Alnico magnets produce magnetic field strength at their poles as high as 1500 gauss (0.15 tesla), or about 3000 times the strength of Earth’s magnetic field. Some brands of alnico are isotropic and can be efficiently magnetized in any direction. Other types, such as alnico 5 and alnico 8, are anisotropic, with each having a preferred direction of magnetization, or orientation.

Alumel is an alloy consisting of approximately 95% nickel, 2% manganese, 2% aluminium and 1% silicon. This magnetic alloy is used for thermocouples and thermocouple extension wire. Alumel is a registered trademark of Hoskins Manufacturing Company.

Chromel is an alloy made of approximately 90 percent nickel and 10 percent chromium that is used to make the positive conductors of ANSI Type E (chromel-constantan) and K (chromel-alumel) thermocouples. It can be used up to 1100 °C in oxidizing atmospheres. Chromel is a registered trademark of the Hoskins Manufacturing Company. 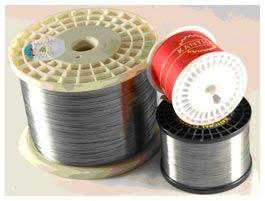 Chromel A is an alloy containing 80% of nickel and 20% chromium (by weight). It is used for its excellent resistance to high-temperature corrosion and oxidation. It is also commonly called Nichrome 80-20 and used for electric heating elements.

Cupronickel or copper-nickel (sometimes incorrectly referred to as “cupernickel”) is an alloy of copper that contains nickel and strengthening elements, such as iron and manganese. Cupronickel is highly resistant to corrosion in seawater, because its electrode potential is adjusted to be neutral with regard to seawater. Because of this, it is used for piping, heat exchangers and condensers in seawater systems as well as marine hardware, and sometimes for the propellers, crankshafts and hulls of premium tugboats, fishing boats and other working boats. 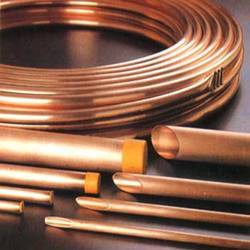 A more familiar common use is in silver-coloured modern circulation coins. A typical mix is 75% copper, 25% nickel, and a trace amount of manganese. In the past true silver coins were debased with cupronickel. Despite high copper content, the colour of cupro-nickel remarkably is silver. It is used in thermocouples, and resistors whose resistance is stable across changes in temperature contain the 55% copper-45% nickel alloy constantan.

In 2008, the major ferronickel-producing countries were Japan (301,000 t), New Caledonia (144,000 t) and Colombia (105,000 t). Together, these three countries accounted for about 51% of world production if China is excluded. Ukraine, Indonesia, Greece, and Macedonia, in descending order of gross weight output, all produced between 68,000 t and 90,000 t of ferronickel, accounting for an additional 31%, excluding China. 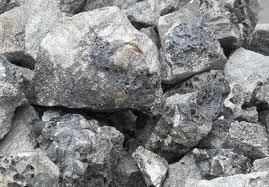 China was excluded from statistics because its industry produced large tonnages of nickel pig iron in addition to a spectrum of conventional ferronickel grades, for an estimated combined output of 590,000 t gross weight. The nickel content of individual Chinese products varied from about 1.6% to as much as 80%, depending upon customer end use. 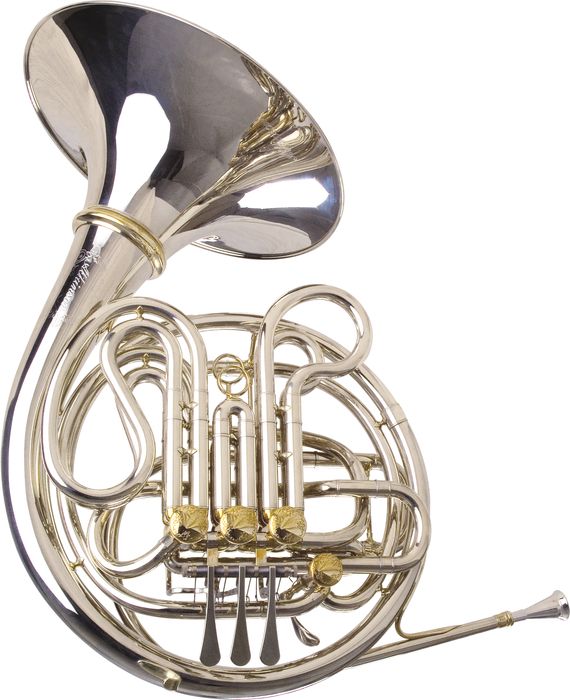 It is used in zippers, better-quality keys, costume jewellery, for making musical instruments (e.g., cymbals, saxophones), and is preferred for the track in electrically powered model railway layouts as its oxide is conductive. It is widely used in the production of coins (e.g. GDR marks, Portuguese escudo). Its industrial and technical uses include marine fittings and plumbing fixtures for its corrosion resistance, and heating coils for its high electrical resistance.

Hastelloy is the registered trademark name of Haynes International, Inc. The trademark is applied as the prefix name of a range of twenty two different highly corrosion-resistant metal alloys loosely grouped by the metallurgical industry under the material term “superalloys” or “high-performance alloys”. The predominant alloying ingredient is typically the transition metal nickel. Other alloying ingredients are added to nickel in each of the subcategories of this trademark designation and include varying percentages of the elements molybdenum, chromium, cobalt, iron, copper, manganese, titanium, zirconium, aluminum, carbon, and tungsten. 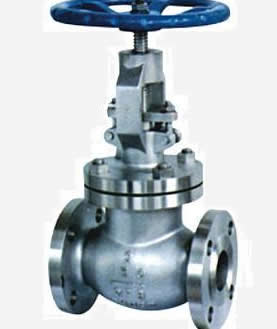 The primary function of the Hastelloy super alloys is that of effective survival under high-temperature, high-stress service in a moderately to severely corrosive, and/or erosion prone environment where more common and less expensive iron-based alloys would fail, including the pressure vessels of some nuclear reactors, chemical reactors, distillation equipment and pipes and valves in chemical industry.

Inconel is a registered trademark of Special Metals Corporation that refers to a family of austenitic nickel-chromium-based superalloys. Inconel alloys are typically used in high temperature applications. It is often referred to in English as “Inco” (or occasionally “Iconel”). Common trade names for Inconel include: Inconel 625, Chronin 625, Altemp 625, Haynes 625, Nickelvac 625 and Nicrofer 6020. Inconel alloys are oxidation and corrosion resistant materials well suited for service in extreme environments. 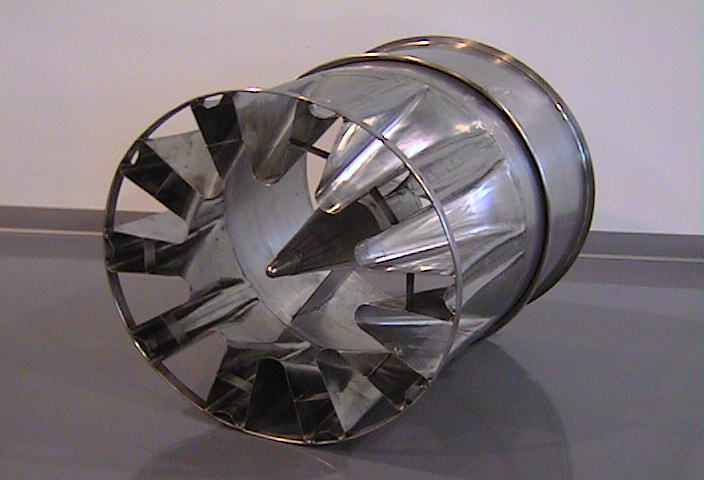 Shapes Aerospace made from Inconel

Monel is a trademark of Special Metals Corporation for a series of nickel alloys, primarily composed of nickel (up to 67%) and copper, with some iron and other trace elements. Monel was created by David H. Browne, chief metallurgist for International Nickel Co. 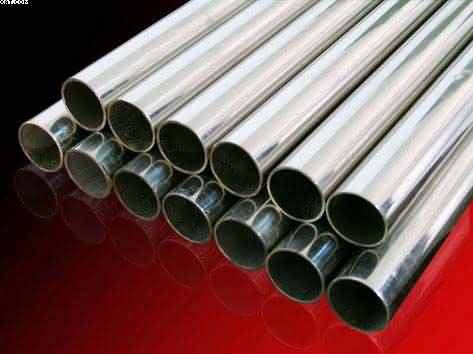 Monel alloy 400 is binary alloy of the same proportions of nickel and copper as is found naturally in the nickel ore from the Sudbury (Ontario) mines. Monel was named for company president Ambrose Monell, and patented in 1906. One L was dropped, because family names were not allowed as trademarks at that time.

Nichrome is a trademark for a non-magnetic alloy of nickel, chromium, and often iron, usually used as a resistance wire, produced by the Driver-Harris Company. A common alloy is 80% nickel and 20% chromium, by mass, but there are many others to accommodate various applications. It is silvery-grey in colour, is corrosion-resistant, and has a high melting point of about 1400 °C (2552 °F). 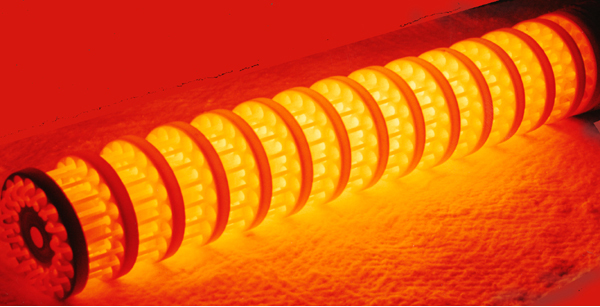 Due to its relatively high electrical resistivity and resistance to oxidation at high temperatures, it is widely used in electric heating elements, such as in hair dryers, electric ovens, soldering iron, toasters, and even electronic cigarettes. Typically, Nichrome is wound in coils to a certain electrical resistance, and current is passed through to produce heat. 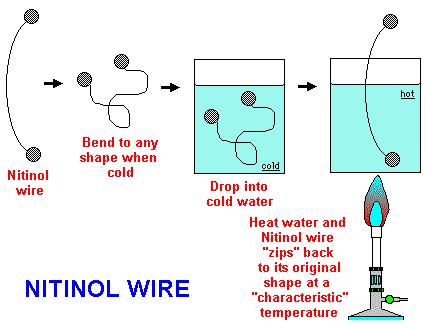