Gold Electroplating - How it works ?

Gold plating is the process of adding a thin layer of gold to another metal in order to give that metal a gold-like appearance. In most cases, the layer of gold is very thin, just enough to cover all exposed surfaces of the other metal. It is commonly used in decorations and in jewelry plating. 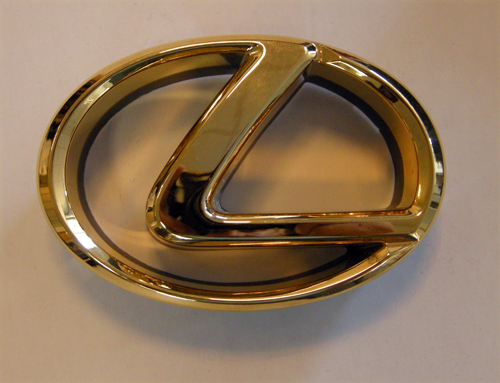 Gold plating is a method of depositing a thin layer of gold onto the surface of another metal, most often copper or silver (to make silver-gilt), by chemical or electrochemical plating. This article covers plating methods used in the modern electronics industry; for more traditional methods, often used for much larger objects, see gilding.

The benefit of gold plating for jewelry is that it gives the look of gold, but does not have the cost of gold. In jewelry applications, a gold plating is most commonly applied to silver. Thus, the jewelry actually includes two precious metals, rather than just one.

Gold plating can be accomplished in a number of different ways, including electroplating. This is done by putting the object being plated, the cathode, into a solution, usually water. It is connected to the negative side of a charge, such as a battery. Then, the donor for the plating, the anode, is also placed in the solution connected to the positive side of the charge. Ionization occurs and the anode slowly dissolves, with the positively-charged ions in the metal going to the negatively charged product.

There are several types of gold plating used in the electronics industry :

There are several recognized classes of gold plating chemistry :

Gold plating of silver is used in the manufacture of jewelery. Like copper, silver atoms diffuse into the gold layer, causing slow gradual fading of its color and eventually causing tarnishing of the surface. This process may take months and even years, depending on the thickness of the gold layer. A barrier metal layer is used to counter this effect. Copper, which also migrates into gold, does so more slowly than silver. The copper is usually further plated with nickel. A gold-plated silver article is usually a silver substrate with layers of copper, nickel, and gold deposited on top of it.

However, gold plating, like most types of metal finishing, can be done in a number of other ways. The gold metal can be suspended in a solution, which is then brushed on the object being plated. Gold plating is often used in electronics, to provide a corrosion-resistant electrically conductive layer on copper, typically in electrical connectors and printed circuit boards. With direct gold-on-copper plating, the copper atoms tend to diffuse through the gold layer, causing tarnishing of its surface and formation of an oxide and/or sulfide layer.

Note : If you want a gold plating solution concentration than this, add the use of gold as much as 1-2 grams.

At higher frequencies, the skin effect may cause higher losses due to higher electrical resistance of nickel; a nickel-plated trace can have its useful length shortened three times in the 1 GHz band in comparison with the non-plated one. Selective plating is used, depositing the nickel and gold layers only on areas where it is required and does not cause the detrimental side effects.

Wire bonding between gold plated contacts and aluminium wires or between aluminium contacts and gold wires under certain conditions develops a brittle layer of gold-aluminium intermetallics, known as purple plague. Due to the fact that gold is such a soft metal and the layer over jewelry products is so thin, there will likely be a time when the gold plating becomes worn in spots. Jewelry, especially those pieces worn daily, tend to take a substantial amount of abuse. Taking such items to a jewelry repair shop is the best way to restore them to their original luster.