What is Titanium Dioxide ?

Titanium dioxide is a naturally occurring oxide of the element titanium. Also referred to as titanium (IV) oxide or titania, this substance also occurs naturally as three mineral compounds known as anatase, brookite, and rutile. However, it is most commonly extracted from titanium tetrachloride by carbon reduction and re-oxidization. Alternatively, it may be processed from another oxide called ilmenite, which is subjected to reduction with sulfuric acid to achieve pure titanium dioxide. 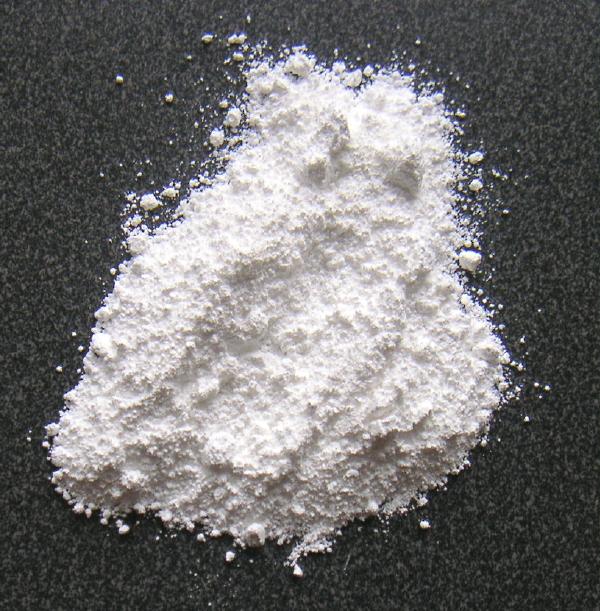 Titanium dioxide, also known as titanium (IV) oxide or titania, is the naturally occurring oxide of titanium, chemical formula TiO2. When used as a pigment, it is called titanium white, Pigment White 6, or CI 77891. Generally it comes in two different forms, rutile and anatase. It has a wide range of applications, from paint to sunscreen to food colouring. When used as a food colouring, it has E number E171.

Titanium dioxide  is the naturally occurring oxide of titanium

There are a number of industrial applications for this mineral. For one thing, it has very high refraction properties. In fact, titanium dioxide is one of the whitest materials known to exist on Earth, which has earned it the nickname “titanium white.” For this reason, it is often included in many cosmetic preparations to reflect light away from the skin. It is also a major component of sun block to deter the absorption of ultraviolet (UV) rays from the sun, the concentration of which determines the product’s Sun Protection Factor, or SPF.

As a pigment, titanium dioxide is used to enhance the white color of certain foods, such as dairy products and candy. It also lends brightness to toothpaste and some medications. However, it is also used as a food additive and flavor enhancer in a variety of non-white foods, including dried vegetables, nuts, seeds, soups, and mustard, as well as beer and wine.

Since titanium dioxide reflects light so well, it is ideal for use as a protective coating for many products, such as automobile parts and optical mirrors. It is also incorporated into paint. In fact, due to its refractive ability, it is a component of paints used to coat cars, boats, and airplanes. In addition, titanium dioxide is found in a number of construction and building materials. The plastic industry also makes use of titanium dioxide as a coating to absorb UV light and render increased durability.

Titanium dioxide is the most widely used white pigment because of its brightness and very high refractive index (n = 2.7), in which it is surpassed only by a few other materials. Approximately 4 million tons of pigmentary TiO2 are consumed annually worldwide. When deposited as a thin film, its refractive index and colour make it an excellent reflective optical coating for dielectric mirrors and some gemstones like “mystic fire topaz”.

TiO2 is also an effective opacifier in powder form, where it is employed as a pigment to provide whiteness and opacity to products such as paints, coatings, plastics, papers, inks, foods, medicines (i.e. pills and tablets) as well as most toothpastes. In paint, it is often referred to offhandedly as “the perfect white”, “the whitest white”, or other similar terms.

Since titanium dioxide accounts for roughly 70 percent of the pigment used commercially on a global scale, there have been concerns raised over its toxicity in the workplace. In response, a number of global agencies have advised manufacturers to update material safety data sheets and occupational hazard training programs based on current safety reviews.

For example, the International Agency for Research on Cancer (IARC) has now classified this substance a potential carcinogen based on the rate of incidence of respiratory tract cancer in rats after prolonged inhalation of titanium dioxide dust particles. However, as a food additive in minute quantities, this material is considered safe for human consumption.

Titanium dioxide is used to mark the white lines on the tennis courts of the All England Lawn Tennis and Croquet Club, best known as the venue for the annual grand slam tennis tournament The Championships, Wimbledon. The exterior of the Saturn V rocket was painted with titanium dioxide; this later allowed astronomers to determine that J002E3 was the S-IVB stage from Apollo 12 and not an asteroid.

In cosmetic and skin care products, titanium dioxide is used as a pigment, sunscreen and a thickener. It is also used as a tattoo pigment and in styptic pencils. Titanium dioxide is produced in varying particle sizes, oil and water dispersible, and with varying coatings for the cosmetic industry. This pigment is used extensively in plastics and other applications for its UV resistant properties where it acts as a UV absorber, efficiently transforming destructive UV light energy into heat.

Titanium dioxide is found in almost every sunscreen with a physical blocker because of its high refractive index, its strong UV light absorbing capabilities and its resistance to discolouration under ultraviolet light. This advantage enhances its stability and ability to protect the skin from ultraviolet light. Sunscreens designed for infants or people with sensitive skin are often based on titanium dioxide and/or zinc oxide, as these mineral UV blockers are believed to cause less skin irritation than other UV absorbing chemicals. The titanium dioxide particles used in sunscreens have to be coated with silica or alumina, because titanium dioxide creates radicals in the photocatalytic reaction. These radicals are carcinogenic, and could damage the skin.

Titanium dioxide, particularly in the anatase form, is a photocatalyst under ultraviolet (UV) light. Recently it has been found that titanium dioxide, when spiked with nitrogen ions or doped with metal oxide like tungsten trioxide, is also a photocatalyst under either visible or UV light. The strong oxidative potential of the positive holes oxidizes water to create hydroxyl radicals. It can also oxidize oxygen or organic materials directly. Titanium dioxide is thus added to paints, cements, windows, tiles, or other products for its sterilizing, deodorizing and anti-fouling properties and is used as a hydrolysis catalyst. It is also used in dye-sensitized solar cells, which are a type of chemical solar cell .