What are Copper Nanoparticles ? 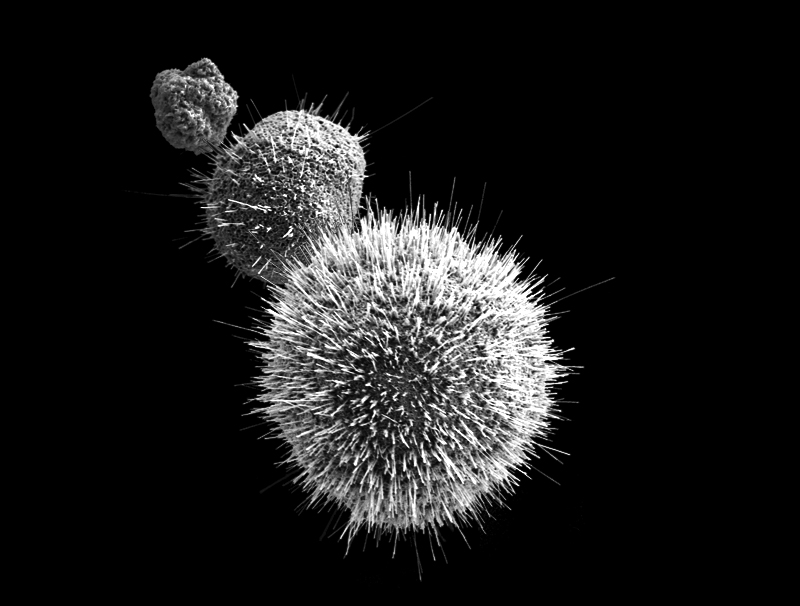 Other nanostructures include nanorods, nanowhiskers, nanohorns, nanopyramids and other nanocomposites. Surface functionalized nanoparticles allow for the particles to be preferentially adsorbed at the surface interface using chemically bound polymers. Development research is underway in Nano Electronics and Photonics materials, such as MEMS and NEMS, Bio Nano Materials, such as Biomarkers, Bio Diagnostics & Bio Sensors, and Related Nano Materials, for use in Polymers, Textiles, Fuel Cell Layers, Composites and Solar Energy materials.

The physical and chemical properties of Copper Nanoparticle (99.8%, 25nm) :

Applications for copper nanocrystals include as an anti-microbial, anti-biotic and anti-fungal (fungicide) agent when incorporated in coatings, plastics and textiles, in copper diet supplements, in the interconnect for micro and integrated circuits, for its ability to absorb radioactive cesium and in super strong metals and alloys and in nanowire, nanofiber and and in certain alloy and catalyst applications.

In nanotechnology, a particle is defined as a small object that behaves as a whole unit in terms of its transport and properties. Particles are further classified according to size : in terms of diameter, coarse particles cover a range between 10,000 and 2,500 nanometers. Fine particles are sized between 2,500 and 100 nanometers. Ultrafine particles, or nanoparticles are sized between 100 and 1 nanometers. The reason for this double name of the same object is that, during the 1970-80′s, when the first thorough fundamental studies were running with “nanoparticles” in the USA (by Granqvist and Buhrman) and Japan, (within an ERATO Project) they were called “ultrafine particles” (UFP).

However, during the 1990s before the National Nanotechnology Initiative was launched in the USA, the new name, “nanoparticle” had become fashionable. Nanoparticles may or may not exhibit size-related properties that differ significantly from those observed in fine particles or bulk materials. Although the size of most molecules would fit into the above outline, individual molecules are usually not referred to as nanoparticles. Nanoclusters have at least one dimension between 1 and 10 nanometers and a narrow size distribution. Nanopowders are agglomerates of ultrafine particles, nanoparticles, or nanoclusters. Nanometer-sized single crystals, or single-domain ultrafine particles, are often referred to as nanocrystals.

Copper is a Block D, Group 11, Period 4 element. The number of electrons in each of Copper’s shells is 2, 8, 18, 1 and its electronic configuration is 3d10 4s1. In its elemental form copper’s CAS number is 7440-50-8. The copper atom has a radius of 127.8 .pm and it’s Van der Waals radius is 140.pm. Due to its high electrical conductivity, large amounts of copper are used by the electrical industry for wire. Of all pure metals, only silver has a higher electrical conductivity. Copper is also resistant to corrosion caused by moisture, making it a widely used material in pipes, coins, and jewelry.

Copper is often too soft for its applications, so it is incorporated in numerous alloys. For example, brass is a copper-zinc alloy, and bronze is a copper-tin alloy. Copper sulfate (CuSO 4·H2O), also known as blue vitrol, is the most well-known copper compound. It is used as an agricultural poison, an algicide, and as a pigment for inks. Cuprous chloride (CuCl) is a powder used to absorb carbon dioxide (CO2). Copper cyanide (CuCN) is often used in electroplating applications. Copper is available as metal and compounds with purities from 99% to 99.9999% (ACS grade to ultra-high purity) metals in the form of foil, sputtering target, and rod, and compounds as submicron and nanopowder.