What is Malleable Cast Iron ? 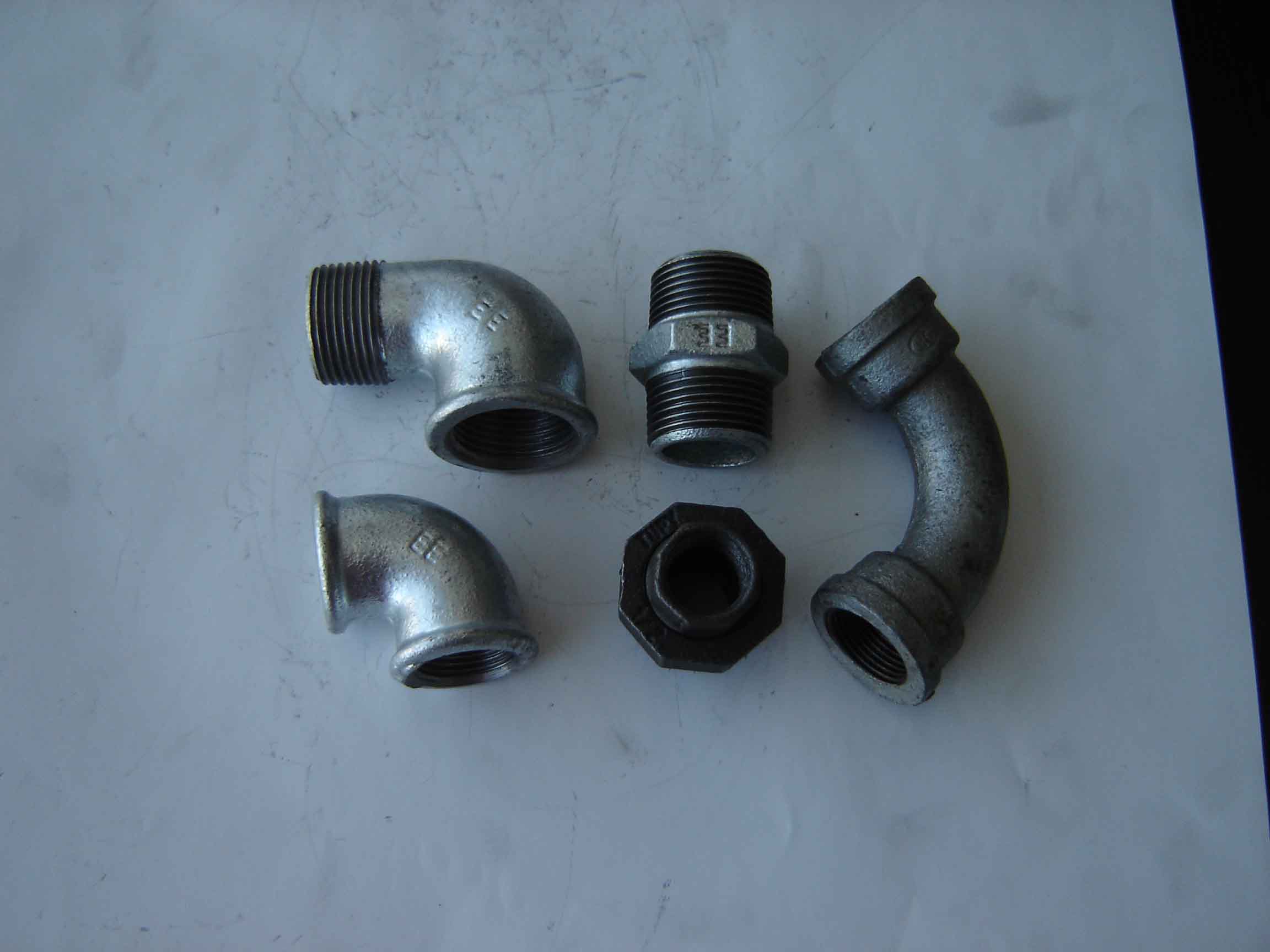 Malleable cast iron is a heat-treated iron-carbon alloy, which solidifies in the as-cast condition with a graphite-free structure, i.e. the total carbon content is present in the cementite form (Fe3C). Two groups of malleable cast iron are specified (whiteheart and blackheart malleable cast iron), differentiated by chemical composition, temperature and time cycles of the annealing process, the annealing atmosphere and the properties and microstructure resulting therefrom. The chemical composition of malleable iron generally conforms to the ranges  : Small amounts of chromium (0.01 to 0.03%), boron (0.0020%), copper (max 1.0%), nickel (0.5 to 0.8%), and molybdenum (0.35 to 0.5%) are also sometimes present.

Malleable iron starts as a white iron casting that is then heat treated at about 900 °C (1,650 °F). Graphite separates out much more slowly in this case, so that surface tension has time to form it into spheroidal particles rather than flakes. Due to their lower aspect ratio, spheroids are relatively short and far from one another, and have a lower cross section vis-a-vis a propagating crack or phonon.

They also have blunt boundaries, as opposed to flakes, which alleviates the stress concentration problems faced by grey cast iron. In general, the properties of malleable cast iron are more like mild steel. There is a limit to how large a part can be cast in malleable iron, since it is made from white cast iron.

Like other similar irons with the carbon formed into spherical or nodular shapes, malleable iron exhibits good ductility. Incorrectly considered by some to be an “old” or “dead” material, malleable iron still has a legitimate place in the design engineer’s toolbox. Malleable is a good choice for small castings or castings with thin cross sections (less than 0.25 inch, 6.35 mm). Other nodular irons produced with graphite in the spherical shape can be difficult to produce in these applications due to the formation of carbides from the rapid cooling.

Malleable iron also exhibits better fracture toughness properties in low temperature environments than other nodular irons, due to its lower silicon content. The ductile to brittle transformation temperature is lower than many other ductile iron alloys.

In order to form properly the spherical-shaped nodules of graphite in the annealing process, during the casting process care must be taken to ensure the iron casting will solidify with an entirely white iron cross section. Heavier sections of a casting will cool slowly and with the slow cooling some primary graphite may form. This graphite will form random flake-like structures and will not transform in heat treatment. When stress is applied to such a casting in application the fracture will be lower than normal and the large particles of primary graphite can be seen. Such iron is said to have a ‘mottled’ appearance. Some countermeasures can be applied to enhance forming the all white structure, but malleable iron foundries often avoid producing heavy sections due to the constraint of slow cooling times causing the formation of the primary graphite.

After the casting and heat treat process malleable iron can be shaped through cold working, such as stamping for straightening, bending or coining operations. This is possible due to malleable iron property of being less strain rate sensitive than other materials.

Letters designating the type of malleable cast iron can be:

This letter is followed by a space.

For example: The designation of a whiteheart malleable cast iron having a minimum tensile strength of 400 N/mm² and minimum elongation of 5% when measured on a 12 mm diameter test piece, would be W 40-05.

Malleable Cast Iron is the traditional material for manufacturing pipe fittings whose characteristics make it as ideal choice. It is an iron-carbon alloy which combines the outstanding properties of cast iron and steel to produce a material which can still be cast but has improved strength and ductility. It also allows the production of complex shapes combined with a thin wall section.

In its cast state it is very hard and brittle and unsuitable for most engineering applications. A controlled heat treatment process (annealing) is applied to the cast material which changes the structure and reduces the carbon content. The resulting microstructure gives a material which is less hard, no longer brittle and now has good malleable and ductile properties while retaining a sufficiently high strength.