What is Grey Cast Iron ?

Grey cast iron is characterized by its graphitic microstructure, which causes fractures of the material to have a grey appearance. It is the most commonly used cast iron and the most widely used cast material based on weight. Most cast irons have a chemical composition of 2.5 to 4.0% carbon, 1 to 3% silicon, and the remainder is iron. Grey cast iron has less tensile strength and shock resistance than steel, but its compressive strength is comparable to low and medium carbon steel. 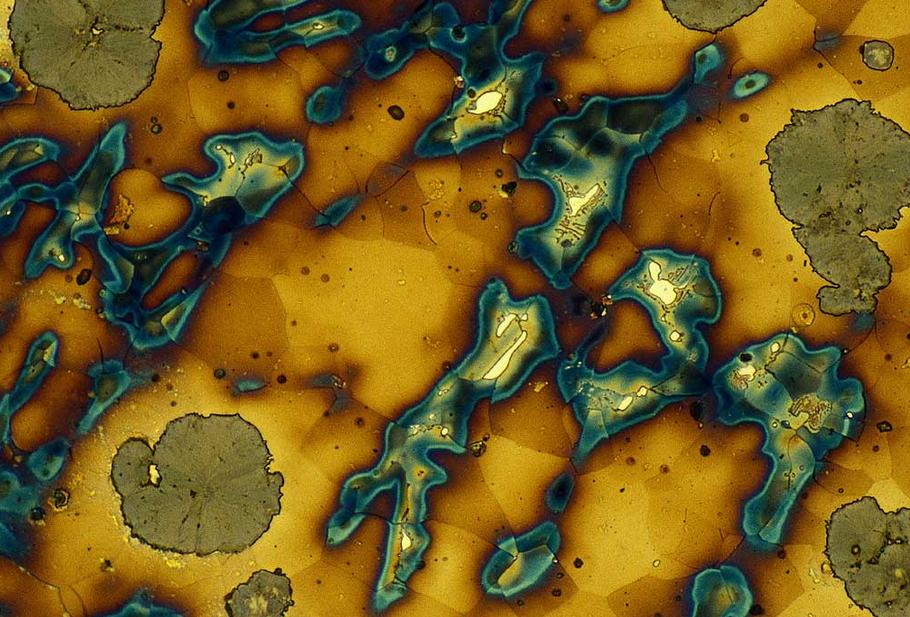 Grey cast iron also known as flake graphite cast iron, is a type of casting iron in which most of the carbon is present as flake graphite .The properties of grey cast iron depends on the distribution, sizs and amount of graphite flakes, and the matrix structure. Casting quality are influenced mainly by the manufacturing conditions, chemical composition, solidification time and rate of cooling in the mould.

Cast iron is derived from pig iron, and while it usually refers to gray iron, it also identifies a large group of ferrous alloys which solidify with a eutectic. The color of a fractured surface can be used to identify an alloy.

White cast iron is named after its white surface when fractured, due to its carbide impurities which allow cracks to pass straight through.

Grey cast iron is named after its grey fractured surface, which occurs because the graphitic flakes deflect a passing crack and initiate countless new cracks as the material breaks.

Carbon (C) and silicon (Si) are the main alloying elements, with the amount ranging from 2.1 to 4 wt% and 1 to 3 wt%, respectively. Iron alloys with less carbon content are known as steel. While this technically makes these base alloys ternary Fe-C-Si alloys, the principle of cast iron solidification is understood from the binary iron-carbon phase diagram. Since the compositions of most cast irons are around the eutectic point of the iron-carbon system, the melting temperatures closely correlate, usually ranging from 1,150 to 1,200 °C (2,102 to 2,192 °F), which is about 300 °C (572 °F) lower than the melting point of pure iron.

Gray iron is one of the oldest cast ferrous products. In spite of competition from newer materials and their energetic promotion, gray iron is still used for those applications where its properties have proved it to be the most suitable material available. Next to wrought steel, gray iron is the most widely used metallic material for engineering purposes. For 1967, production of gray iron castings was over 14 million tons, or about two and one-half times the volume of all other types of castings combined.

There are several reasons for its popularity and widespread use. It has a number of desirable characteristics not possessed by any other metal and yet is among the cheapest of ferrous materials available to the engineer. Gray iron castings are readily available in nearly all industrial areas and can be produced in foundries representing comparatively modest investments. It is the purpose of this paper to bring to your attention the characteristics of gray iron which make the material so useful.

Gray iron is one of the most easily cast of all metals in the foundry. For the majority of applications, gray iron is used in its as-cast condition, thus simplifying production. The resistance of gray iron to scoring and galling with proper matrix and graphite structure is universally recognized. Gray iron castings can be produced by virtually any well-known foundry process. All of the carbon in gray iron, other than that combined with iron to form pearlite in the matrix, is present as graphite in the form of flakes of varying size and shape. It is the presence of these flakes formed on solidification which characterize gray iron. The presence of these flakes also imparts most of the desirable properties to gray iron.

MacKenzie in his 1944 Howe Memorial Lecture referred to cast iron as “steel plus graphite.” Gray iron belongs to a family of high-carbon silicon alloys which include malleable and nodular irons. Detailed discussions of the metallurgy of gray iron may be found in readily available handbooks. Gray iron is commercially produced over a wide range of compositions. The range of compositions which one may find in gray iron castings is as follows: total carbon, 2.75 to 4.00 percent; silicon, 0.75 to 3.00 percent; manganese, 0.25 to 1.50 percent; sulfur, 0.02 to 0.20 percent; phosphorus, 0.02 to 0.75 percent. Carbon is by far the most important element in gray iron.

It is possible to produce all grades of iron of ASTM Specification for Gray Iron Castings (A 48-64) by merely adjusting the carbon and silicon content of the iron. It would be impossible to produce gray iron without an appropriate amount of silicon being present. The addition of silicon reduces the solubility of carbon in iron and also decreases the carbon content of the eutectic. The eutectic of iron and carbon is about 4.3 percent. The addition of each 1.00 percent silicon reduces the amount of carbon in the eutectic by 0.33 percent. Since carbon and silicon are the two principal elements in gray iron, the combined effect of these elements in the form of percent carbon plus 1/s percent silicon is termed carbon equivalent (CE). Gray irons having a carbon equivalent value of less than 4.3 percent are designated hypoeutectic irons, and those with more than 4.3 percent carbon equivalent are called hypereutectic irons. For hypoeutectic irons in the automotive and allied industries, each 0.10 percent increase in carbon equivalent value decreases the tensile strength by about 2700 psi. The iron may freeze in the iron-iron carbide metastable system rather than the stable iron-graphite system, which results in hard or chilled edges on castings.

Increasing the silicon content has a greater effect on reduction of hard edges than increasing the carbon content to the same carbon equivalent value. Increasing the silicon content decreases the carbon content of the pearlite and raises the transformation temperature of ferrite plus pearlite to austenite. The most common range for manganese in gray iron is from 0.55 to 0.75 percent. Virtually, all of the sulfur in gray iron is present as manganese sulfide, and the manganese necessary for this purpose is 1.7 times the sulfur content. Up to 0.15 percent, sulfur tends to promote the formation of Type A graphite. The majority of foundries maintain sulfur content below 0.15 percent with 0.09 to 0.12 percent being a common range for cupola melted irons. Collaud and Thieme report that, if the sulfur is decreased to a very low value together with low phosphorus and silicon, tougher irons will result and have been designated as “TG,” or tough graphite irons.

The phosphorus content of most high-production gray iron castings is less than 0.15 percent with the current trend toward more steel in the furnace charge; phosphorus contents below 0.10 percent are common. Phosphorus generally occurs as an iron iron-phosphide eutectic, although in some of the higher- carbon irons, the ternary eutectic of iron iron-phosphide iron-carbide may form. Phosphorus contents over 0.10 percent are undesirable in the lower-carbon equivalent irons used for engine heads and blocks and other applications requiring pressure tightness. Copper and nickel behave in a similar manner in cast iron. An austenitic gray iron may be obtained by raising the nickel content to about 15 percent together with about 6 percent copper, or to 20 percent without copper as shown in ASTM Specification for Austenitic Gray Iron Castings (A 436-63).

Chromium is often added to improve hardness and strength of gray iron, and for this purpose the chromium level is raised to 0.20 to 0.35 percent. Chromium improves the elevated temperature properties of gray iron. Molybdenum is widely used for improving the elevated temperature properties of gray iron. Since the modulus of elasticity of molybdenum is quite high, molybdenum additions to gray iron increase its modulus of elasticity.

Even in such small amounts, vanadium has a beneficial effect on the elevated temperature properties of gray iron.Increasing the titanium content of gray iron from about 0.05 to 0.14 percent through the use of a titanium bearing pig iron increased the strength of a hypereutectic iron in an ASTM Specification A 48 test bar A (7/8 in. diameter) from 22,000 to 34,000 psi. Gray irons usually contain between 20 and 92 ppm (0.002 to 0.008 percent) nitrogen.