Nanomaterials is a field that takes a materials science-based approach to nanotechnology. It studies materials with morphological features on the nanoscale, and especially those that have special properties stemming from their nanoscale dimensions. An important aspect of nanotechnology is the vastly increased ratio of surface area to volume present in many nanoscale materials, which makes possible new quantum mechanical effects. 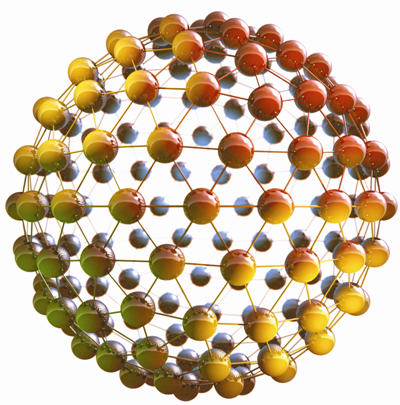 It studies materials with morphological features on the nanoscale

One example is the “quantum size effect” where the electronic properties of solids are altered with great reductions in particle size. Novel mechanical properties of nanomaterials is a subject of nanomechanics research. Broadly speaking, nanotechnology is the synthesis and application of ideas from science and engineering towards the understanding and production of novel materials and devices. These products generally make copious use of physical properties associated with small scales.

The chemical processing and synthesis of high performance technological components for the private, industrial and military sectors requires the use of high purity ceramics, polymers, glass-ceramics and material composites. In condensed bodies formed from fine powders, the irregular sizes and shapes of nanoparticles in a typical powder often lead to non-uniform packing morphologies that result in packing density variations in the powder compact. 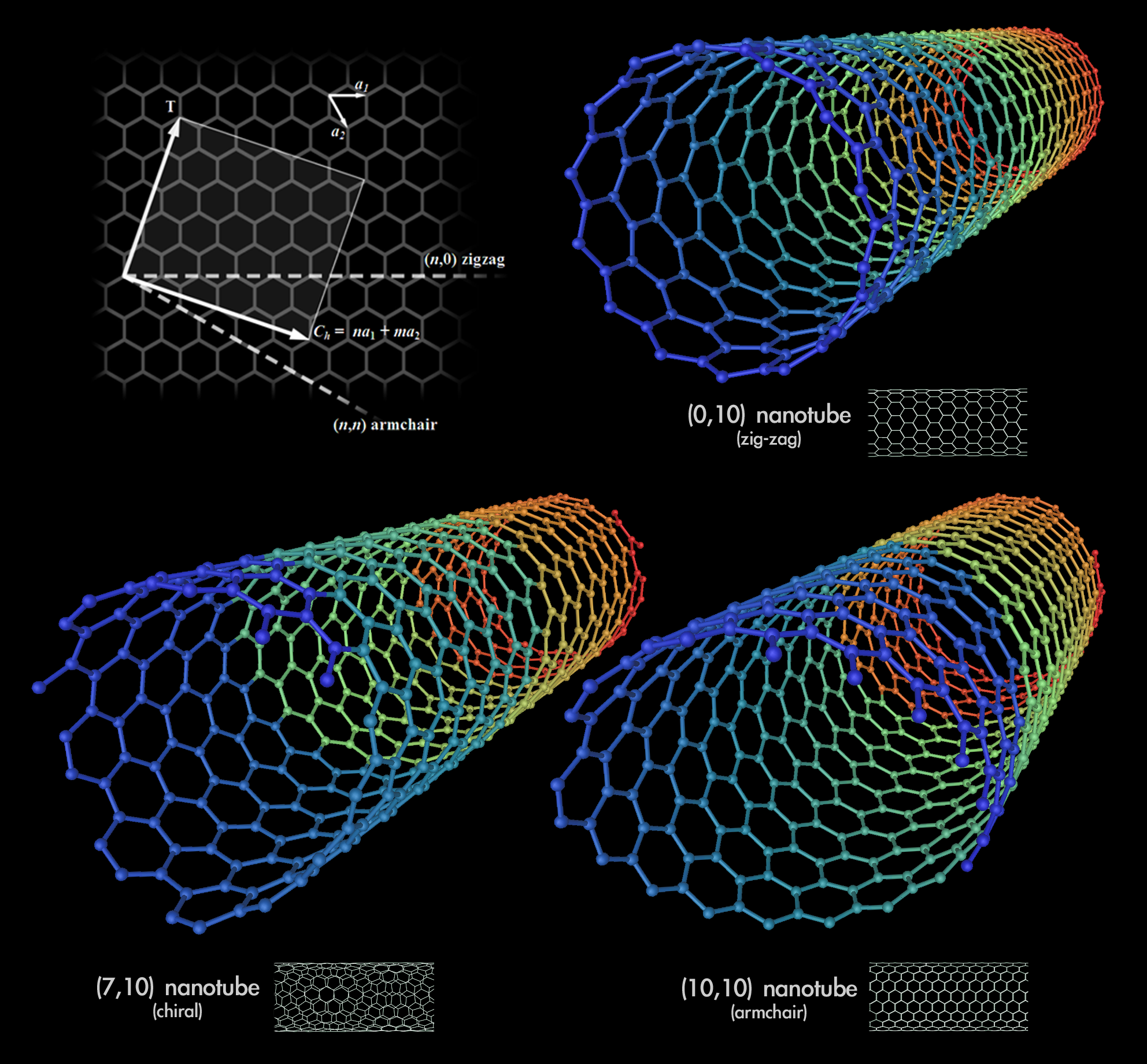 Carbon nanotubes (CNTs) are hollow cylinders of carbon atoms. Their appearance is that of rolled tubes of graphite such that their walls are hexagonal carbon rings and are often formed in large bundles.

The containment of a uniformly dispersed assembly of strongly interacting particles in suspension requires total control over particle-particle interactions. Monodisperse nanoparticles and colloids provide this potential. Monodisperse powders of colloidal silica, for example, may therefore be stabilized sufficiently to ensure a high degree of order in the colloidal crystal or polycrystalline colloidal solid which results from aggregation.

Nanostructured (NsM) materials are materials with a microstructure the characteristic length scale of which is on the order of a few (typically 1-100) nanometers. Effects controlling the properties of nanostructured materials include size effects (where critical length scales of physical phenomena become comparable with the characteristic size of the building blocks of the microstructure), changes of the dimensionality of the system, changes of the atomic structure, and alloying of components (e.g., elements) that are not miscible in the solid and/or the molten state. 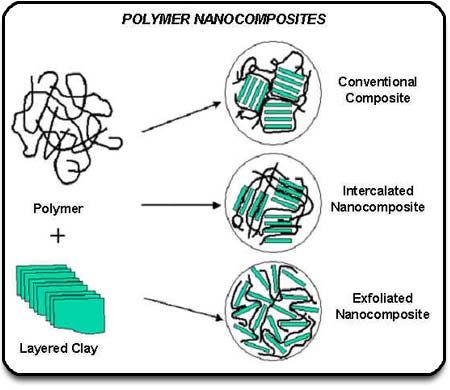 The synthesis, characterization and processing of nanostructured materials are part of an emerging and rapidly growing field. Research and developement in this field emphasizes scientific discoveries in the generation of materials with controlled microstructural characteristics, research on their processing into bulk materials with engineered properties and technological functions, and introduction of new device concepts and manufacturing methods.

Included here are ceramics, metals, and metal oxide nanoparticles. In the last two decades a class of materials with a nanometer-sized microstructure have been synthesized and studied. These materials are assembled from nanometer-sized building blocks, mostly crystallites. The building blocks may differ in their atomic structure, crystallographic orientation, or chemical composition. In cases where the building blocks are crystallites, incoherent or coherent interfaces may be formed between them, depending on the atomic structure, the crystallographic orientation, and the chemical composition of adjacent crystallites. 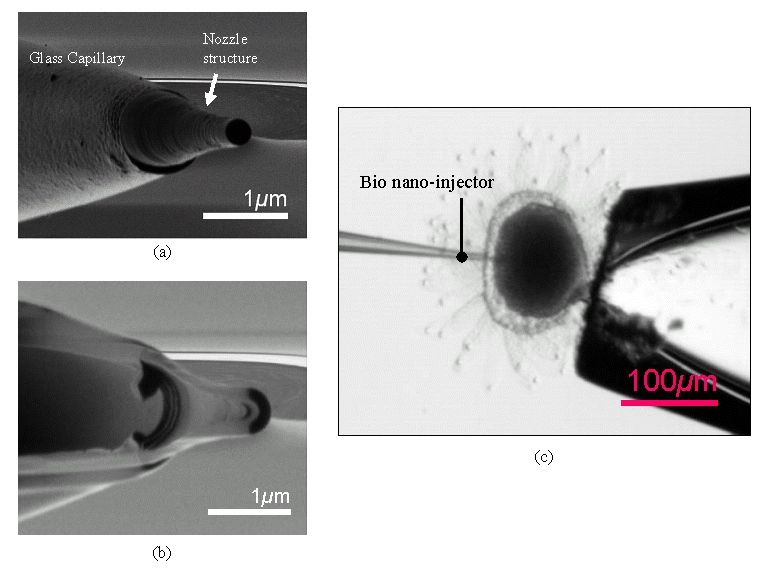 Nanocrystallites of bulk inorganic solids have been shown to exhibit size dependent properties, such as lower melting points, higher energy gaps, and nonthermodynamic structures.4,5 In comparison to macro-scale powders, increased ductility has been observed in nanopowders of metal alloys.6,7 In addition, quantum effects from boundary values become significant leading to such phenomena as quantum dots lasers.

In general, heterogeneous catalyst activity is surface dependent. Due to their vastly increased surface area over macro-scale materials, nanometals and oxides are ultra-high activity catalysts. In the field of nanotechnology, heat resistance and superconductivity are among the properties attracting intense research. Nanoparticles or nanocrystals made of metals, semiconductors, or oxides are of particular interest for their mechanical, electrical, magnetic, optical, chemical and other properties. Nanoparticles have been used as quantum dots and as chemical catalysts.

Nanoparticles are of great scientific interest as they are effectively a bridge between bulk materials and atomic or molecular structures. A bulk material should have constant physical properties regardless of its size, but at the nano-scale this is often not the case. Size-dependent properties are observed such as quantum confinement in semiconductor particles, surface plasmon resonance in some metal particles and superparamagnetism in magnetic materials.

Nanoparticles exhibit a number of special properties relative to bulk material. Copper nanoparticles smaller than 50 nm are considered super hard materials that do not exhibit the same malleability and ductility as bulk copper. The change in properties is not always desirable. Ferroelectric materials smaller than 10 nm can switch their magnetisation direction using room temperature thermal energy, thus making them useless for memory storage. Nanoparticles often have unexpected visual properties because they are small enough to confine their electrons and produce quantum effects. For example gold nanoparticles appear deep red to black in solution.

Nanomaterials behave differently than other similarly-sized particles. The OECD Chemicals Committee has established the Working Party on Manufactured Nanomaterials to address this issue and to study the practices of OECD member countries in regards to nanomaterial safety.

While nanomaterials and nanotechnologies are expected to yield numerous health and health care advances, such as more targeted methods of delivering drugs, new cancer therapies, and methods of early detection of diseases, they also may have unwanted effects. Increased rate of absorption is the main concern associated with manufactured nanoparticles.