Do you know Cobalt Alloys ? 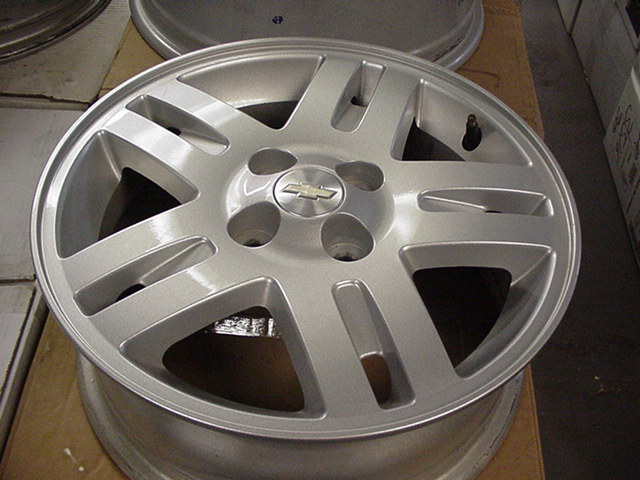 As a group, the cobalt-base alloys may be generally described as wear resistant, corrosion resistant, and heat resistant (strong even at high temperatures). Many of the properties of the alloys arise from the crystallographic nature of cobalt (in particular its response to stress), the solid-solution-strengthening effects of chromium, tungsten, and molybdenum, the formation of metal carbides, and the corrosion resistance imparted by chromium. Generally the softer and tougher compositions are used for high-temperature applications such as gas-turbine vanes and buckets. The harder grades are used for resistance to wear.

Historically, many of the commercial cobalt-base alloys are derived from the cobalt-chromium-tungsten and cobalt-chromium-molybdenum ternaries first investigated by Elwood Haynes in the beginning of 20th century.

He discovered the high strength and stainless nature of the binary cobalt-chromium alloy, and he later identified tungsten and molybdenum as powerful strengthening agents within the cobalt-chromium system. When he discovered these alloys, Haynes named them the Stellite alloys after the Latin stella (star), because of their star-like luster. Having discovered their high strength at elevated temperatures, Haynes also promoted the use of  Stellite alloys as cutting tool materials.

Physical Properties. With an atomic number of 27, cobalt falls between iron and nickel on the periodic table. The density of cobalt is 8.8 g/cm3 similar to that of nickel. Its thermal expansion coefficient lies between those of iron and nickel. At temperatures below 417°C cobalt exhibits a hexagonal close-packed structure. Between 417°C and its melting point of 1493°C, cobalt has a face-centered cubic structure.

The elastic modulus of cobalt is about 210 GPa (30 x 106 psi) in tension and about 183 GPa (26.5 x 106 psi) in compression. As well as forming the basis of the cobalt-base alloys discussed in this article, cobalt is also an important ingredient in other materials :

Of these applications, paint pigment represents the single largest use of cobalt. In the nickel-base superalloys, cobalt (which is present typically in the range 10 to 15 wt%) provides solid solution strengthening and decreases the solubility of aluminum and titanium, thereby increasing the volume fraction of gamma prime  precipitate.

Cobalt, which is naturally ferromagnetic, provides resistance to demagnetization in several groups of permanent magnet materials. These include the aluminum-nickel-cobalt alloys (in which cobalt ranges from about 5 to 35 wt%), the iron-cobalt alloys (approximately 5 to 12 wt%). and the cobalt rare-earth intermetallics (which have some of the highest magnetic properties of all known materials).

Megallium is a trademark for an alloy of 60% cobalt, 20% chromium, 5% molybdenum, and traces of other substances. The alloy is used in dentistry because of its light weight, resistance to corrosion and hypo-allergenic (nickel free) properties. Megallium was developed by John Leonard Attenborough for Attenborough Dental Laboratories in 1951.

Vitallium is a trademark for an alloy of 60% cobalt, 20% chromium, 5% molybdenum, and other substances. The alloy is used in dentistry and artificial joints, because of its light weight and resistance to corrosion. It is also used for components of turbochargers because of its thermal resistance. Vitallium was developed by Albert W. Merrick for the Austenal Laboratories in 1932.

The corrosion resistance of ultimet is similar to that exhibited by hastelloy. Ultimet is composed of several alloying elements in the following proportions: 54% Cobalt (as balance), 26% Chromium, 9% Nickel, 5% Molybdenum, 3% Iron, 2%Tungsten, 0.8% Manganese, 0.3% Silicon 0.08% Nitrogen and 0.06% Carbon. The primary function of ultimet alloys is that of effective survival of a moderately to severely corrosive, and/or erosion or wear prone environment where more common and less expensive iron- alloys would fail, including the such applications as nozzles, pumps, fan blades, fluid mixing and agitating equipment, dies (including those for extrusion) and valves.

Stellite alloy is a range of cobalt-chromium alloys designed for wear resistance. It may also contain tungsten or molybdenum and a small but important amount of carbon. It is a trademarked name of the Deloro Stellite Company and was invented by Elwood Haynes in the early 1900s as a substitute for flatware that stained (or that had to be constantly cleaned). Stellite alloy is a completely non-magnetic and corrosion-resistant cobalt alloy. There are a number of Stellite alloys, with various compositions optimised for different uses. Information is available from the manufacturer, Deloro Stellite, outlining the composition of a number of Stellite alloys and their intended applications. The alloy currently most suited for cutting tools, for example, is Stellite 100, because this alloy is quite hard, maintains a good cutting edge even at high temperature, and resists hardening and annealing due to heat. Other alloys are formulated to maximize combinations of wear resistance, corrosion resistance, or ability to withstand extreme temperatures.

Typical applications include saw teeth, hardfacing, and acid-resistant machine parts. Stellite was a major improvement in the production of poppet valves and valve seats for the valves, particularly exhaust valves, of internal combustion engines. By reducing their erosion from hot gases, the interval between maintenance and re-grinding of their seats was dramatically lengthened. The first third of the M2HB machine gun and M60 machine gun barrels (starting from the chamber) are lined with Stellite. The locking lugs and shoulders of Voere Titan II rifles were also made of Stellite. In the early 1980s, experiments were done in the United Kingdom to make artificial hip joints and other bone replacements out of precision-cast Stellite alloys. It is also widely used for making the cast structure of dental prosthesis.