The Tunguska Event - Meteorite or Comet ?

A meteorite is a meteoroid (a solid piece of debris from such sources as asteroids or comets) originating in outer space that survives impact with the Earth’s surface. A meteorite’s size can range from small to extremely large. Most meteorites derive from small astronomical objects called meteoroids, but they are also sometimes produced by impacts of asteroids.

When a meteoroid enters the atmosphere, frictional, pressure, and chemical interactions with the atmospheric gasses cause the body to heat up and emit light, thus forming a fireball, also known as a meteor or shooting/falling star. The term bolide refers to either an extraterrestrial body that collides with the Earth, or to an exceptionally bright, fireball-like meteor regardless of whether it ultimately impacts the surface. 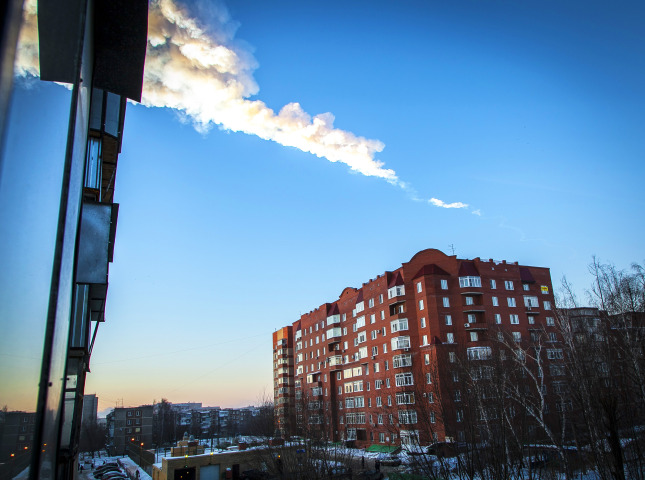 The Tunguska event was an enormously powerful explosion that occurred near the Podkamennaya Tunguska River in what is now Krasnoyarsk Krai, Russia, at about 07:14 KRAT (00:14 UT) on June 30 [O.S. June 17], 1908. The explosion, having the epicentre (60.886°N, 101.894°E), is believed to have been caused by the air burst of a large meteoroid or comet fragment at an altitude of 5–10 kilometres (3–6 mi) above the Earth’s surface. Different studies have yielded widely varying estimates of the object’s size, on the order of 100 metres (330 ft). It is the largest impact event on or near Earth in recorded history. The number of scholarly publications on the problem of the Tunguska explosion since 1908 may be estimated at about 1,000 (mainly in Russian). Many scientists have participated in Tunguska studies, the best-known of them being Leonid Kulik, Yevgeny Krinov, Kirill Florensky, Nikolai Vladimirovich Vasiliev, and Wilhelm Fast.

Although the Richter scale was not yet invented, the explosion is estimated to have created the effects of a magnitude 5.0 earthquake, causing buildings to shake, windows to break, and people to be knocked off their feet even at 40 miles away. The blast, centered in a desolate and forested area near the Podkamennaya Tunguska River in Russia, is estimated to have been a thousand times more powerful than the bomb dropped on Hiroshima. The explosion leveled an estimated 80 million trees over an 830 square-mile area in a radial pattern from the blast zone. Dust from the explosion hovered over Europe, reflecting light that was bright enough for Londoners to read at night by it. 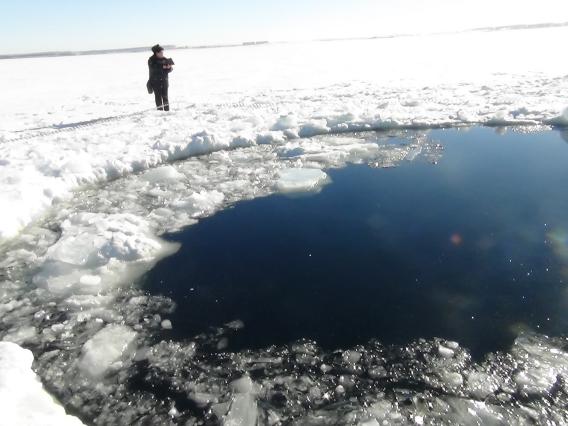 A hole in Chebarkul Lake made by meteorite fragments. A large, bright meteor blazed across the sky in Russia’s Chelyabinsk region on February 15, 2013. Photo ITAR-TASS Itar-Tass Photos/Newscom

At around 07:17 local time, Evenks natives and Russian settlers in the hills northwest of Lake Baikal observed a column of bluish light, nearly as bright as the Sun, moving across the sky. About 10 minutes later, there was a flash and a sound similar to artillery fire. Eyewitnesses closer to the explosion reported the sound source moving east to north. The sounds were accompanied by a shock wave that knocked people off their feet and broke windows hundreds of kilometres away. The majority of witnesses reported only the sounds and the tremors, not the sighting of the explosion. Eyewitness accounts differ as to the sequence of events and their overall duration.

The explosion registered on seismic stations across Eurasia. In some places the shock wave would have been equivalent to an earthquake of 5.0 on the Richter scale. It also produced fluctuations in atmospheric pressure strong enough to be detected in Great Britain. Over the next few days, night skies in Asia and Europe were aglow; it has been theorized that this was due to light passing through high-altitude ice particles formed at extremely low temperatures, a phenomenon that occurred again when the Space Shuttle re-entered the Earth’s atmosphere. In the United States, the Smithsonian Astrophysical Observatory and the Mount Wilson Observatory observed a decrease in atmospheric transparency that lasted for several months, from suspended dust.

In the decades since this huge explosion, scientists and others have attempted to explain the cause of this mysterious event. The most commonly accepted scientific explanation is that either a meteor or a comet entered the Earth’s atmosphere and exploded a couple of miles above the ground (this explains the lack of impact crater). Other explanations have ranged from the possible to the ludicrous, including a natural gas leak escaped from the ground and exploded, a UFO spaceship crashed, the effects of a meteor destroyed by a UFO’s laser in an attempt to save Earth, a black hole that touched Earth, and an explosion caused by scientific tests done by Nikola Tesla.

Over a hundred years later, the Tunguska Event remains a mystery. However, if the blast was caused by a comet or meteor entering the Earth’s atmosphere, it poses the serious possibility that in the future a similar meteor could once again enter Earth’s atmosphere, but this time, land on a populated area. The result would be catastrophic. Researchers continue to study the area to find answers to their many questions.