Sodium is a chemical element with the symbol Na (from Latin: natrium) in the periodic table and atomic number 11. It is a soft, silvery-white, highly reactive metal and is a member of the alkali metals; its only stable isotope is 23Na. The free metal does not occur in nature, but instead must be prepared from its compounds; it was first isolated by Humphry Davy in 1807 by the electrolysis of sodium hydroxide.

Sodium is the sixth most abundant element in the Earth’s crust, and exists in numerous minerals such as feldspars, sodalite and rock salt. Many salts of sodium are highly water-soluble, and their sodium has been leached by the action of water so that chloride and sodium are the most common dissolved elements by weight in the Earth’s bodies of oceanic water. 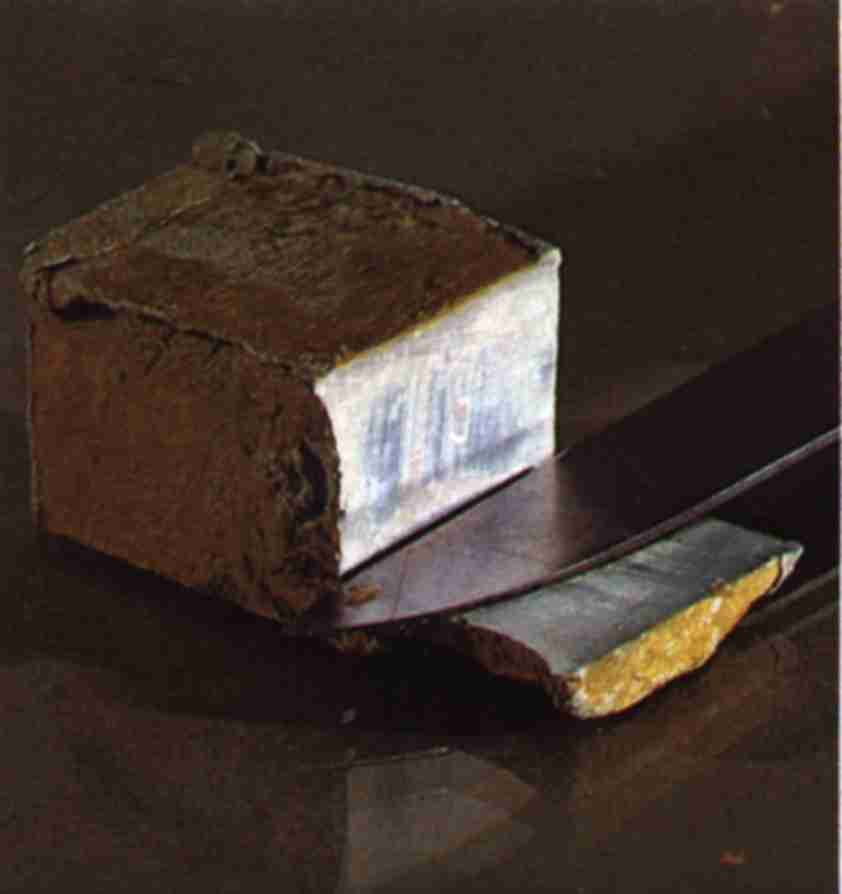 Sodium is relatively abundant in the sun and other stars. The D lines of sodium are prominent in the solar spectrum. Sodium is the sixth most abundant element on earth. It comprises approximately 2.6% of the earth’s crust. Sodium is the most abundant of the alkali metals. The most common sodium compound is sodium chloride (salt). Sodium occurs in many minerals, such as cryolite, soda niter, zeolite, amphibole, and sodalite. Sodium is not found free in nature. It is obtained commercially by the electrolysis of dry fused sodium chloride.

At room temperature sodium is soft and can be cut with a knife. Exposed to humid air, the silver white surface quickly oxydizes.

Many sodium compounds are useful, such as sodium hydroxide (lye) for soapmaking, and sodium chloride for use as a deicing agent and a nutrient (edible salt). Sodium is an essential element for all animals and some plants. In animals, sodium ions are used against potassium ions to build up charges on cell membranes, allowing transmission of nerve impulses when the charge is dissipated. The consequent need of animals for sodium causes it to be classified as a dietary inorganic macro-mineral.

Sodium at standard temperature and pressure is a soft metal that can be readily cut with a knife and is a good conductor of electricity. Freshly exposed, sodium has a bright, silvery luster that rapidly tarnishes, forming a white coating of sodium hydroxide and sodium carbonate. These properties change at elevated pressures: at 1.5 Mbar, the color changes to black, then to red transparent at 1.9 Mbar, and finally clear transparent at 3 Mbar. All of these allotropes are insulators and electrides.

Sodium is generally less reactive than potassium and more reactive than lithium. Like all the alkali metals, it reacts exothermically with water, to the point that sufficiently large pieces melt to a sphere and may explode; this reaction produces caustic sodium hydroxide and flammable hydrogen gas. When burned in dry air, it mainly forms sodium peroxide as well as some sodium oxide. In moist air, sodium hydroxide results. Sodium metal is highly reducing, with the reduction of sodium ions requiring ?2.71 volts but potassium and lithium have even more negative potentials. Hence, the extraction of sodium metal from its compounds (such as with sodium chloride) uses a significant amount of energy.

Sodium chloride is important for animal nutrition. Sodium compounds are used in the glass, soap, paper, textile, chemical, petroleum, and metal industries. Metallic sodium is used in manufacturing of sodium peroxide, sodium cyanide, sodamide, and sodium hydride. Sodium is used in preparing tetraethyl lead. It is used in the reduction of organic esters and preparation of organic compounds. Sodium metal may be used to improve the structure of some alloys, to descale metal, and to purify molten metals. Sodium, as well as NaK, an alloy of sodium with potassium, are important heat transfer agents.