Nanomaterials can be metals, ceramics, polymeric materials, or composite materials. Over the past decade, nanomaterials have been the subject of enormous interest. These materials, notable for their extremely small feature size, have the potential for wide-ranging industrial, biomedical, and electronic applications. 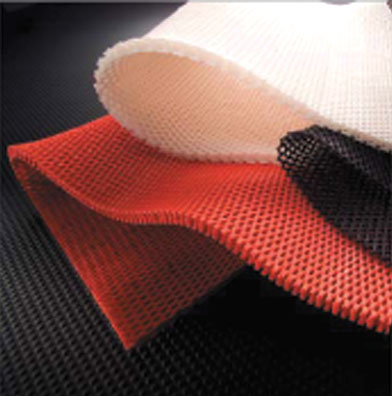 Their defining characteristic is a very small feature size in the range of 1-100 nanometers (nm). The unit of nanometer derives its prefix nano from a Greek word meaning dwarf or extremely small. Nanomaterials are not simply another step in miniaturization, but a different arena entirely; the nanoworld lies midway between the scale of atomic and quantum phenomena, and the scale of bulk materials. At the nanomaterial level, some material properties are affected by the laws of atomic physics, rather than behaving as traditional bulk materials do.

An important aspect of nanotechnology is the vastly increased ratio of surface area to volume present in many nanoscale materials, which makes possible new quantum mechanical effects. One example is the “quantum size effect” where the electronic properties of solids are altered with great reductions in particle size. A certain number of physical properties also alter with the change from macroscopic systems. Novel mechanical properties of nanomaterials is a subject of nanomechanics research. In the mid-1980s a new class of material - hollow carbon spheres - was discovered. The C60 (60 carbon atoms chemically bonded together in a ball-shaped molecule) buckyballs inspired research that led to fabrication of carbon nanofibers, with diameters under 100 nm. The chemical processing and synthesis of high performance technological components for the private, industrial and military sectors requires the use of high purity ceramics, polymers, glass-ceramics and material composites. In condensed bodies formed from fine powders, the irregular sizes and shapes of nanoparticles in a typical powder often lead to non-uniform packing morphologies that result in packing density variations in the powder compact.

General Motors claims to have the first vehicle to use the materials for exterior automotive applications, in running boards on its mid-size vans. Editors of the journal Science profiled work that resulted in molecular-sized electronic circuits as the most important scientific development in 20012. The way a crack grows in a larger-scale, bulk material is likely to be different from crack propagation in a nanomaterial where crack and particle size are comparable. Fundamental electronic, magnetic, optical, chemical, and biological processes are also different at this level.

Where proteins are 10-1000 nm in size, and cell walls 1-100 nm thick, their behavior on encountering a nanomaterial may be quite different from that seen in relation to larger-scale materials. It would therefore appear desirable to process a material in such a way that it is physically uniform with regard to the distribution of components and porosity, rather than using particle size distributions which will maximize the green density. The containment of a uniformly dispersed assembly of strongly interacting particles in suspension requires total control over particle-particle interactions. Monodisperse nanoparticles and colloids provide this potential.

In bulk materials, only a relatively small percentage of atoms will be at or near a surface or interface (like a crystal grain boundary). In nanomaterials, the small feature size ensures that many atoms, perhaps half or more in some cases, will be near interfaces. Surface properties such as energy levels, electronic structure, and reactivity can be quite different from interior states, and give rise to quite different material properties.

Let us examine in particular nanocomposites based on polymeric materials, keeping in mind that this is but one small division of nanomaterials. There are several varieties of polymeric nanocomposites, but the most commercially advanced are those that involve dispersion of small amounts of nanoparticles in a polymer matrix. Those most humble of materials, clays, have been found to impart amazing properties. For example, adding such small amounts as 2% by volume of silicate nanoparticles to a polyimide resin increases the strength by 100%. One should keep in mind, of course, that 2% by volume of very small particles is a great many reinforcing particles. Addition of nanoparticles not only improves the mechanical properties, but also has been shown to improve thermal stability, in some cases allowing use of polymer-matrix nanocomposites an additional 100 degrees Centigrade above the normal service conditions.

Decrease in material flammability has also been studied, an especially important property for transportation applications where choice of material is influenced by safety concerns. Clay/polymer nanocomposites have been considered as matrix materials for fiber-based composites destined for aerospace components. Aircraft and spacecraft components require lightweight materials with high strength and stiffness, among other qualities. Others have examined the electrical properties of nanocomposites, with an eye to developing new conductive materials. Polymer-matrix nanocomposites can also be used to package films, an application which exploits their superior barrier properties and low permeability.

Although some nanomaterials require rather exotic approaches to synthesis and processing, many polymer-matrix nanocomposites can be prepared quite readily. The low volume fraction of reinforcement particles allows the use of well-established and well-understood processing methods, such as extrusion and injection molding. Ease of processing and forming may be one explanation for the rapidly expanding applications of the materials. Automotive companies, in particular, have quickly adopted nanocomposites in large scale applications, including structural parts of vehicles.

Nanoparticles or nanocrystals made of metals, semiconductors, or oxides are of particular interest for their mechanical, electrical, magnetic, optical, chemical and other properties. Nanoparticles are of great scientific interest as they are effectively a bridge between bulk materials and atomic or molecular structures. A bulk material should have constant physical properties regardless of its size, but at the nano-scale this is often not the case. Size-dependent properties are observed such as quantum confinement in semiconductor particles, surface plasmon resonance in some metal particles and superparamagnetism in magnetic materials.

Nanoparticles exhibit a number of special properties relative to bulk material. For example, the bending of bulk copper (wire, ribbon, etc.) occurs with movement of copper atoms/clusters at about the 50 nm scale. Copper nanoparticles smaller than 50 nm are considered super hard materials that do not exhibit the same malleability and ductility as bulk copper. Ferroelectric materials smaller than 10 nm can switch their magnetisation direction using room temperature thermal energy, thus making them useless for memory storage. Suspensions of nanoparticles are possible because the interaction of the particle surface with the solvent is strong enough to overcome differences in density, which usually result in a material either sinking or floating in a liquid. Nanoparticles often have unexpected visual properties because they are small enough to confine their electrons and produce quantum effects. For example gold nanoparticles appear deep red to black in solution.