The addition of scandium to aluminium creates nanoscale Al3Sc precipitates which limit the excessive grain growth that occurs in the heat-affected zone of welded aluminium components. This has two beneficial effects: the precipitated Al3Sc forms smaller crystals than are formed in other aluminium alloys and the width of precipitate-free zones that normally exist at the grain boundaries of age-hardenenable aluminium alloys is reduced. 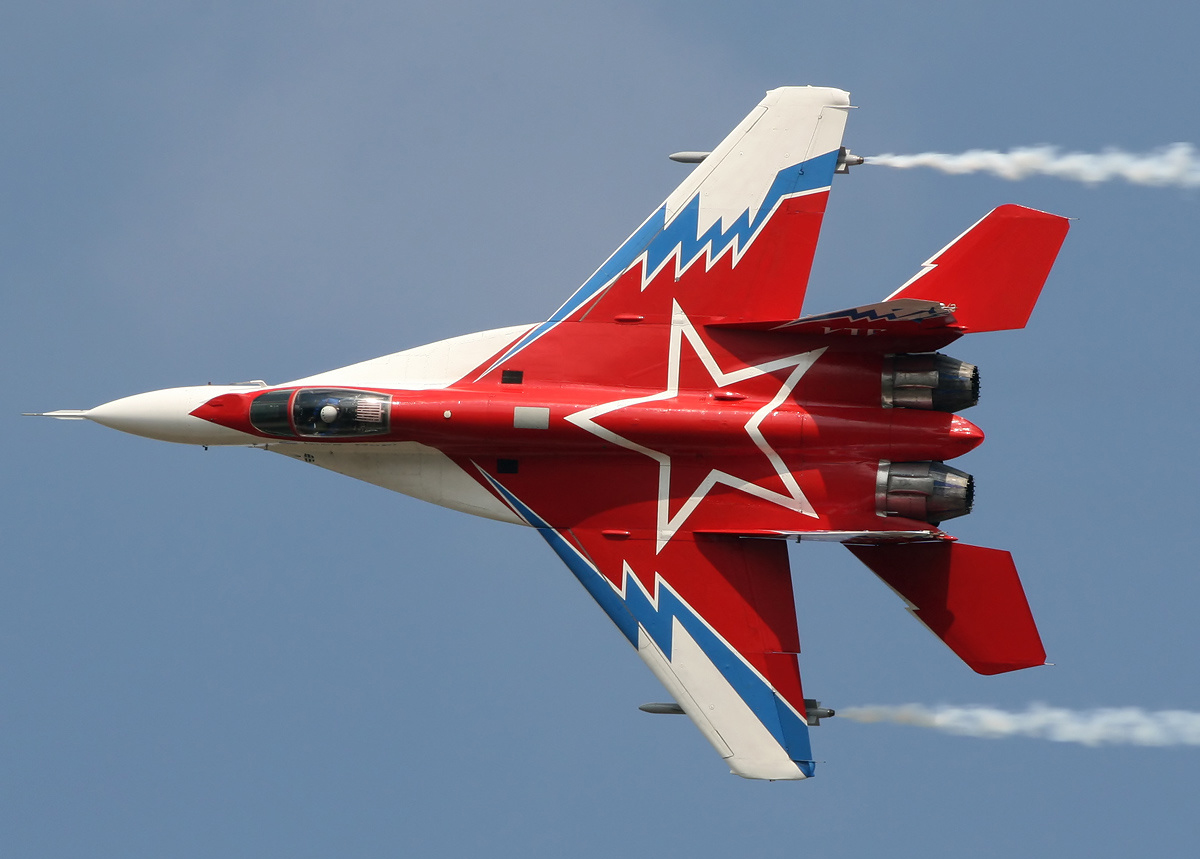 Parts of the Mig–29 are made from Al-Sc alloy

Scandium is also a potent grain refiner in cast aluminium alloys, and atom for atom, the most potent strengthener in aluminium, both as a result of grain refinement and precipitation strengthening. However, titanium alloys, which are stronger but heavier, are cheaper and much more widely used.

The main application of metallic scandium by weight is in aluminium-scandium alloys for minor aerospace industry components. These alloys contain between 0.1% and 0.5% (by weight) of scandium. They were used in the Russian military aircraft Mig 21 and Mig 29. Some items of sports equipment, which rely on high performance materials, have been made with scandium-aluminium alloys, including baseball bats , lacrosse sticks, as well as bicycle[12] frames and components, and tent poles. U.S. gunmaker Smith & Wesson produces revolvers with frames composed of scandium alloy and cylinders of titanium.

The following aluminium alloys are commonly used in aircraft and other aerospace structures :

Note that the term aircraft aluminium or aerospace aluminium usually refers to 7075.

These alloys are used for boat building and shipbuilding, and other marine and salt-water sensitive shore applications. 5059 is an aluminium alloy, primarily alloyed with magnesium. It is not strengthened by heat treatment, instead becoming stronger due to strain hardening, or cold mechanical working of the material.

Since heat treatment doesn’t strongly affect the strength, 5059 can be readily welded and retain most of its mechanical strength. 5059 alloy was derived from closely related 5083 aluminium alloy by researchers at Corus Aluminum in 1999.

These alloys are used for cycling frames and components. 6061 is a precipitation hardening aluminium alloy, containing magnesium and silicon as its major alloying elements. Originally called “Alloy 61S” it was developed in 1935. It has good mechanical properties and exhibits good weldability. It is one of the most common alloys of aluminium for general purpose use.