Do You Know Sand Casting ?

Sand casting, also known as sand molded casting, is a metal casting process characterized by using sand as the mold material. It is relatively cheap and sufficiently refractory even for steel foundry use. A suitable bonding agent (usually clay) is mixed or occurs with the sand. The term “sand casting” can also refer to an object produced via the sand casting process. Sand castings are produced in specialized factories called foundries. 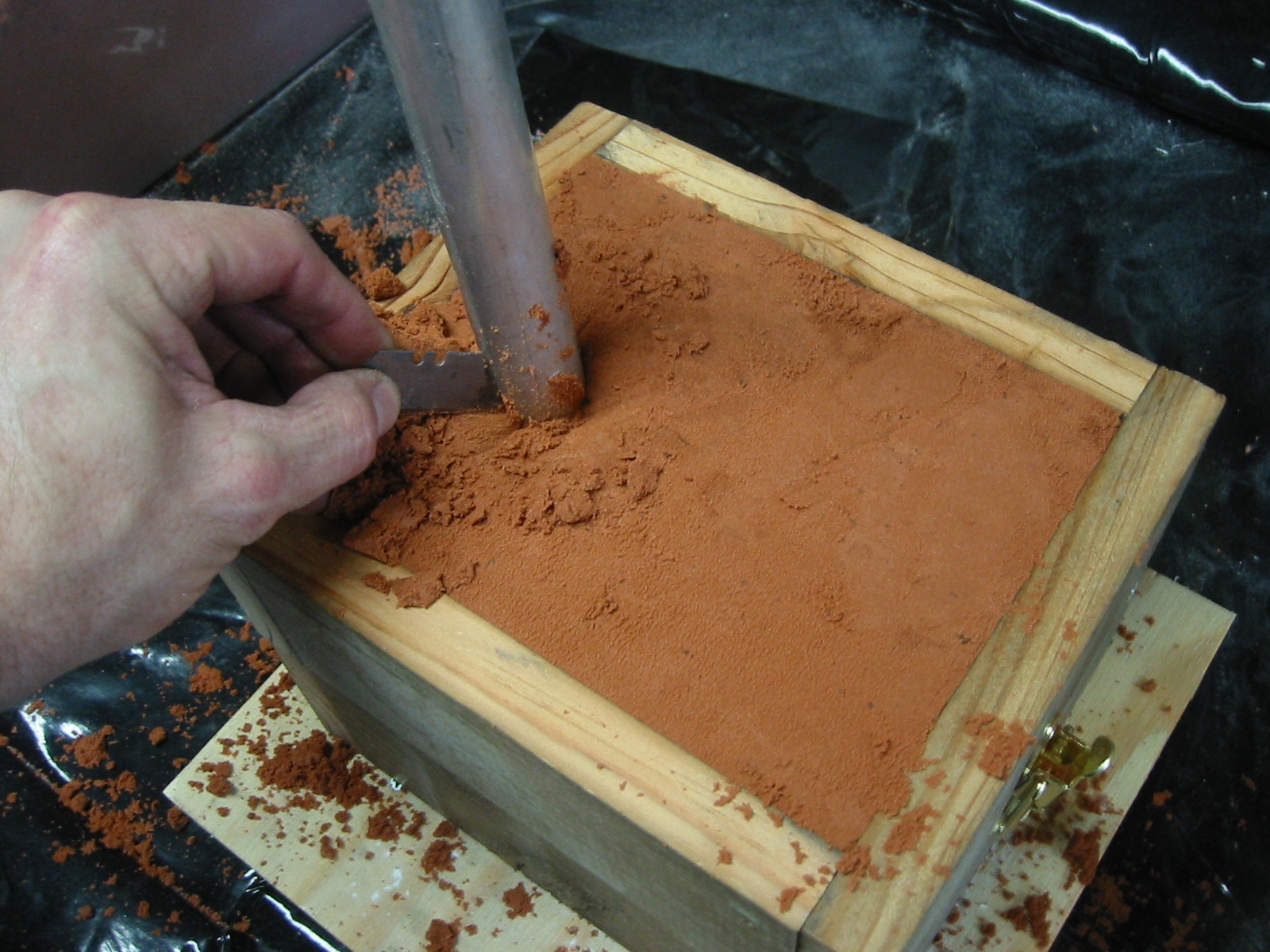 Sand casting, the most widely used casting process, utilizes expendable sand molds to form complex metal parts that can be made of nearly any alloy. Because the sand mold must be destroyed in order to remove the part, called the casting, sand casting typically has a low production rate. The sand casting process involves the use of a furnace, metal, pattern, and sand mold.

Clamping - Once the mold has been made, it must be prepared for the molten metal to be poured. The surface of the mold cavity is first lubricated to facilitate the removal of the casting. Then, the cores are positioned and the mold halves are closed and securely clamped together. It is essential that the mold halves remain securely closed to prevent the loss of any material.

Pouring - The molten metal is maintained at a set temperature in a furnace. After the mold has been clamped, the molten metal can be ladled from its holding container in the furnace and poured into the mold. The pouring can be performed manually or by an automated machine. Enough molten metal must be poured to fill the entire cavity and all channels in the mold. The filling time is very short in order to prevent early solidification of any one part of the metal.

Cooling - The molten metal that is poured into the mold will begin to cool and solidify once it enters the cavity. When the entire cavity is filled and the molten metal solidifies, the final shape of the casting is formed. The mold can not be opened until the cooling time has elapsed. The desired cooling time can be estimated based upon the wall thickness of the casting and the temperature of the metal. Most of the possible defects that can occur are a result of the solidification process. If some of the molten metal cools too quickly, the part may exhibit shrinkage, cracks, or incomplete sections. Preventative measures can be taken in designing both the part and the mold and will be explored in later sections.

Removal - After the predetermined solidification time has passed, the sand mold can simply be broken, and the casting removed. This step, sometimes called shakeout, is typically performed by a vibrating machine that shakes the sand and casting out of the flask. Once removed, the casting will likely have some sand and oxide layers adhered to the surface. Shot blasting is sometimes used to remove any remaining sand, especially from internal surfaces, and reduce the surface roughness.

Trimming - During cooling, the material from the channels in the mold solidifies attached to the part. This excess material must be trimmed from the casting either manually via cutting or sawing, or using a trimming press. The time required to trim the excess material can be estimated from the size of the casting’s envelope. A larger casting will require a longer trimming time. The scrap material that results from this trimming is either discarded or reused in the sand casting process. However, the scrap material may need to be reconditioned to the proper chemical composition before it can be combined with non-recycled metal and reused.

Mold  - In sand casting, the primary piece of equipment is the mold, which contains several components. The mold is divided into two halves - the cope (upper half) and the drag (bottom half), which meet along a parting line. Both mold halves are contained inside a box, called a flask, which itself is divided along this parting line. The mold cavity is formed by packing sand around the pattern in each half of the flask. The sand can be packed by hand, but machines that use pressure or impact ensure even packing of the sand and require far less time, thus increasing the production rate. After the sand has been packed and the pattern is removed, a cavity will remain that forms the external shape of the casting. Some internal surfaces of the casting may be formed by cores.

Sand - The sand that is used to create the molds is typically silica sand (SiO2) that is mixed with a type of binder to help maintain the shape of the mold cavity. Using sand as the mold material offers several benefits to the casting process. Sand is very inexpensive and is resistant to high temperatures, allowing many metals to be cast that have high melting temperatures. There are different preparations of the sand for the mold, which characterize the following four unique types of sand molds.

Skin-dried mold - A skin-dried mold begins like a greensand mold, but additional bonding materials are added and the cavity surface is dried by a torch or heating lamp to increase mold strength. Doing so also improves the dimensional accuracy and surface finish, but will lower the collapsibility. Dry skin molds are more expensive and require more time, thus lowering the production rate.

Dry sand mold - In a dry sand mold, sometimes called a cold box mold, the sand is mixed only with an organic binder. The mold is strengthened by baking it in an oven. The resulting mold has high dimensional accuracy, but is expensive and results in a lower production rate.

No-bake mold - The sand in a no-bake mold is mixed with a liquid resin and hardens at room temperature.