Boron is a non metallic element and the only non-metal of the group 13 of the periodic table the elements. Boron is electron-deficient, possessing a vacant p-orbital. It has several forms, the most common of which is amorphous boron, a dark powder, unreactive to oxygen, water, acids and alkalis. It reacts with metals to form borides. At standard temperatures boron is a poor electrical conductor but is a good conductor at high temperatures. 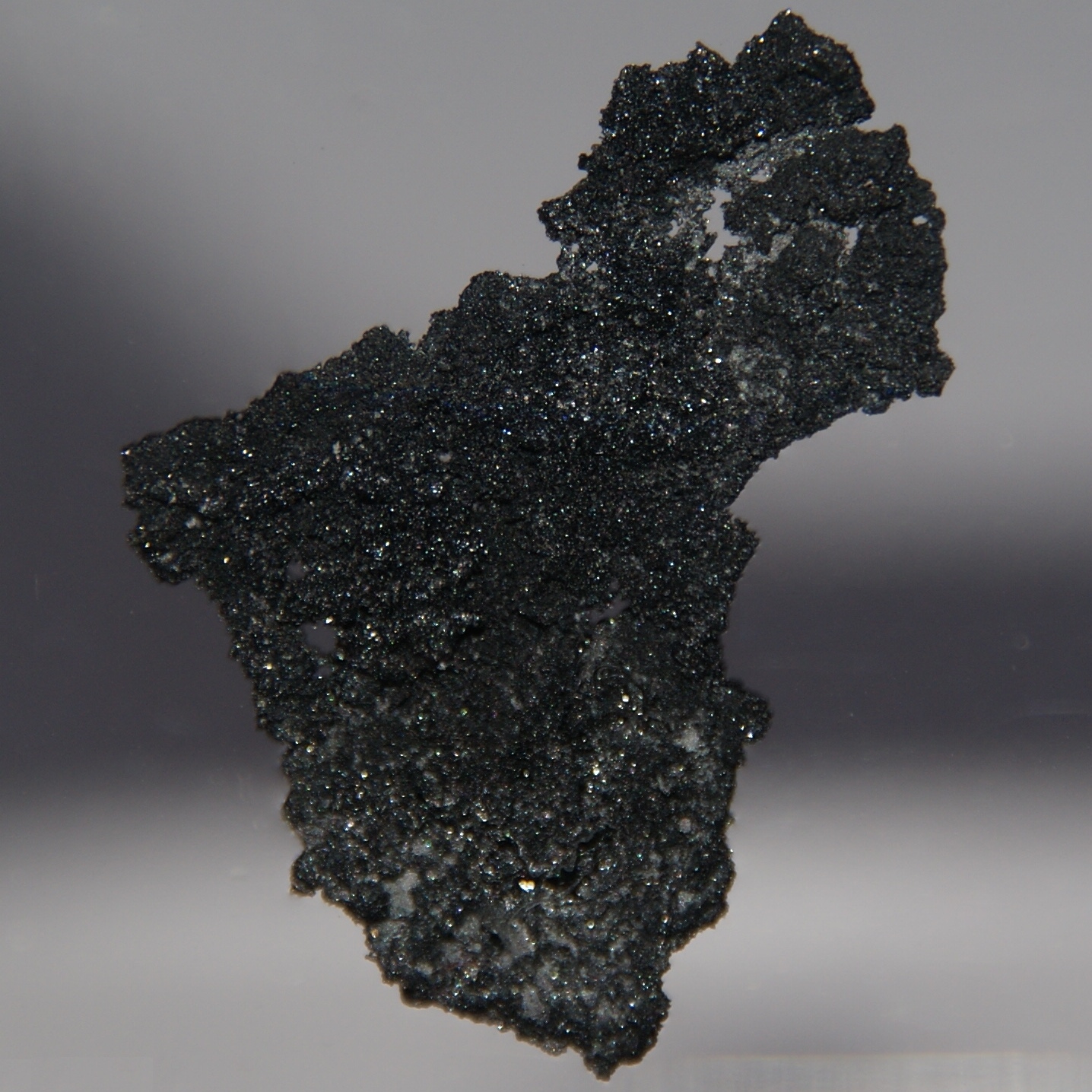 Boron is the chemical element with atomic number 5 and the chemical symbol B. Because boron is produced entirely by cosmic ray spallation and not by stellar nucleosynthesis, it is a low-abundance element in both the solar system and the Earth’s crust. However, boron is concentrated on Earth by the water-solubility of its more common naturally occurring compounds, the borate minerals. These are mined industrially as evaporate ores, such as borax and kernite.

Chemically uncombined boron, which is classed as a metalloid, is not found naturally on Earth. Industrially, very pure boron is produced with difficulty, as boron tends to form refractory materials containing small amounts of carbon or other elements. Several allotropes of boron exist: amorphous boron is a brown powder and crystalline boron is black, extremely hard (about 9.5 on Mohs’ scale), and a poor conductor at room temperature. Elemental boron is used as a dopant in the semiconductor industry.

The most economically important compound of boron is sodium tetraborate decahydrate Na2B4O7 · 10H2O, or borax, used for insulating fiberglass and sodium perborate bleach. Boric acid is an important compound used in textile products. Compounds of boron are used in organic synthesis, in the manufacture of a particular type of glasses, and as wood preservatives. Boron filaments are used for advanced aerospace structures, due to their high-strength and light weight. An early use of borax was to make perborate, the beaching agent once widely used in household detergents. Boron compound also came into the average home in the guise of food preservatives, expecialy for margarine and fish.

The major industrial-scale uses of boron compounds are in sodium perborate bleaches, and the borax component of fiberglass insulation. Boron polymers and ceramics play specialized roles as high-strength lightweight structural and refractory materials. Boron compounds are used in silica-based glasses and ceramics to give them resistance to thermal shock. Boron-containing reagents are used for as intermediates in the synthesis of organic fine chemicals. A few boron-containing organic pharmaceuticals are used, or are in study. Natural boron is composed of two stable isotopes, one of which (boron-10) has a number of uses as a neutron-capturing agent.

In biology, borates have low toxicity in mammals (similar to table salt), but are more toxic to arthropods and are used as insecticides. Boric acid is mildly antimicrobial, and a natural boron-containing organic antibiotic is known. Boron is essential to life. Small amounts of boron compounds play a strengthening role in the cell walls of all plants, making boron necessary in soils. Experiments indicate a role for boron as an ultratrace element in animals, but the nature of its role in animal physiology is unknown. Humans can be exposed to boron through fruit and vegetables, water, air and consumer products. we have a regular daily intake of about 2 mg and about 18 mg in out body in total.

When humans consume large amounts of boron-containing food, the boron concentrations in their bodies may rise to levels that can cause health problems. Boron can infect the stomach, liver, kidneys and brains and can eventually lead to death. When exposure to small amounts of boron takes place irritation of the nose, throat or eyes may occur. It takes 5 g of borc acid to make a person ill and 20 grams or more to put its life in danger.