What is Surface Hardening ?

Surface hardening or Case hardening is the process of hardening the surface of a metal, often a low carbon steel, by infusing elements into the material’s surface, forming a thin layer of a harder alloy. 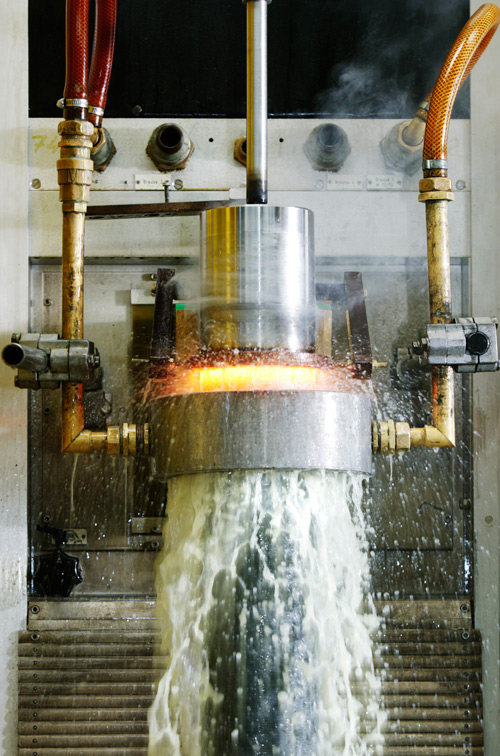 Surface hardening is usually done after the part in question has been formed into its final shape, but can also be done to increase the hardening element content of bars to be used in a pattern welding or similar process. The term face hardening is also used to describe this technique, when discussing modern armour.

Surface hardening a process which includes a wide variety of techniques is used to improve the wear resistance of parts without affecting the softer, tough interior of the part. This combination of hard surface and resistance and breakage upon impact is useful in parts such as a cam or ring gear that must have a very hard surface to resist wear, along with a tough interior to resist the impact that occurs during operation. 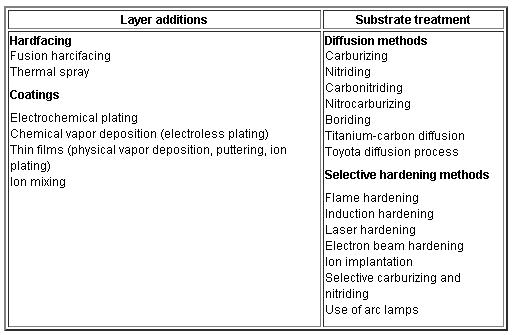 Early iron melting made use of bloomeries, which produced two layers of metal: one with a very low carbon content that is worked into wrought iron, and the rest a high carbon cast iron. 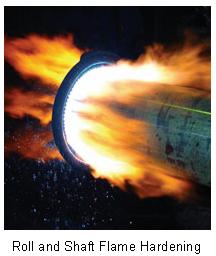 Case hardening involves packing the low-carbon iron within a substance high in carbon, then heating this pack to encourage carbon migration into the surface of the iron.

This forms a thin surface layer of higher carbon steel, with the carbon content gradually decreasing deeper from the surface.

The resulting product combines much of the toughness of a low-carbon steel core, with the hardness and wear resistance of the outer high-carbon steel.

The traditional method of applying the carbon to the surface of the iron involved packing the iron in a mixture of ground bone and charcoal, or a combination of leather, hooves, salt andurine, all inside a well-sealed box.

The longer the package is held at the high temperature, the deeper the carbon will diffuse into the surface. Different depths of hardening is desirable for different purposes : sharp tools need deep hardening to allow grinding and resharpening without exposing the soft core, while machine parts like gears might need only shallow hardening for increased wear resistance. The resulting case hardened part may show distinct surface discoloration. With modern steelworking techniques, it is possible to make homogeneous steels of low to high carbon content, removing much of the original motivation for case hardening. 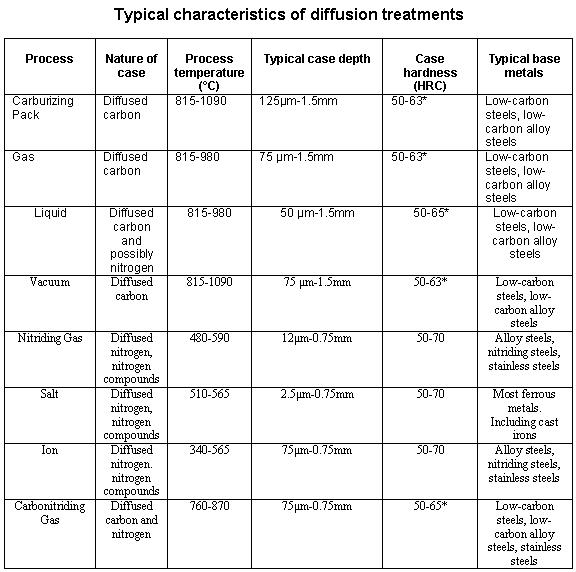 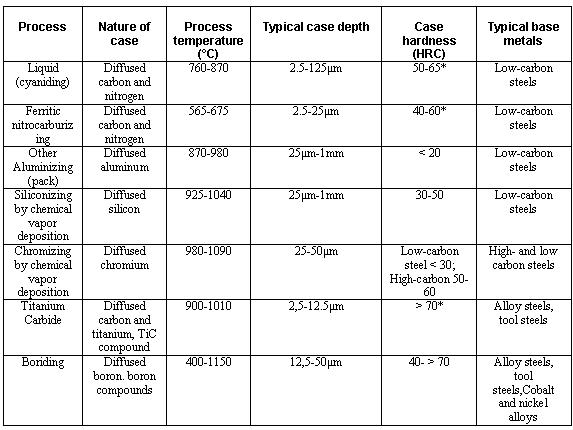 Carbon itself is solid at surface hardening temperatures and so is immobile. Transport to the surface of the steel was as gaseous carbon monoxide, generated by the breakdown of the carburising compound and the oxygen packed into the sealed box. This takes place with pure carbon, but unworkably slowly.

Although oxygen is required for this process it’s re-circulated through the CO cycle and so can be carried out inside a sealed box. The sealing is necessary to stop the CO either leaking out, or being oxidised to CO2 by excess outside air. Adding an easily decomposed carbonate “energiser” such as barium carbonate breaks down to BaO + CO2 and this encourages the reaction

increasing the overall abundance of CO and the activity of the carburising compound. It’s ‘common knowledge’ that case-hardening was done with bone, but this is misleading. Although bone was used, the main carbon donor was hoof and horn. Bone contains some carbonates, but is mainly calcium phosphate (as hydroxylapatite). This doesn’t have the beneficial effect on encouraging CO production and it can also supply phosphorus as an impurity into the steel alloy.

Flame or induction hardening are processes in which the surface of the steel is heated to high temperatures (by direct application of a flame, or by induction heating) then cooled rapidly, generally using water; this creates a “case” of martensite on the surface. A carbon content of 0.4–0.6 wt% C is needed for this type of hardening.

Carburizing is a process used to case harden steel with a carbon content between 0.1 and 0.3 wt% C. In this process steel is introduced to a carbon rich environment and elevated temperatures for a certain amount of time, and then quenched so that the carbon is locked in the structure; one of the simpler procedures is repeatedly to heat a part with an acetylene torch set with a fuel-rich flame and quench it in a carbon-rich fluid such as oil. Carburization is a diffusion-controlled process, so the longer the steel is held in the carbon-rich environment the greater the carbon penetration will be and the higher the carbon content. The carburized section will have a carbon content high enough that it can be hardened again through flame or induction hardening.

Nitriding heats the steel part to 482–621 °C (900–1150 °F) in an atmosphere of ammonia gas and dissociated ammonia. The time the part spends in this environment dictates the depth of the case. The hardness is achieved by the formation of nitrides. Nitride forming elements must be present for this method to work; these elements include chromium, molybdenum, and aluminium. The advantage of this process is it causes little distortion, so the part can be case hardened after being quenched, tempered and machined.

Cyaniding is a case hardening process that is fast and efficient; it is mainly used on low carbon steels. The part is heated to 871-954 °C (1600-1750 °F) in a bath of sodium cyanide and then is quenched and rinsed, in water or oil, to remove any residual cyanide.

This process produces a thin, hard shell (between 0.254 - 0.762 mm [0.010 and 0.030 inches]) that is harder than the one produced by carburizing, and can be completed in 20 to 30 minutes compared to several hours so the parts have less opportunity to become distorted. It is typically used on small parts such as bolts, nuts, screws and small gears. The major drawback of cyaniding is that cyanide salts are poisonous.

Ferritic nitrocarburizing diffuses mostly nitrogen and some carbon into the case of a workpiece below the critical temperature, approximately 650 °C (1,202 °F). Under the critical temperature the workpiece’s microstructure does not convert to an austenitic phase, but stays in the ferritic phase, which is why it is called ferritic nitrocarburization.