What is Indium Tin Oxide? 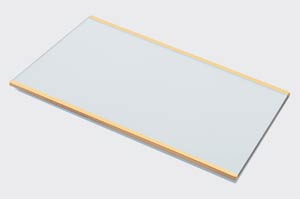 In an organic light-emitting diode (OLED), holes and electrons are injected into a stack of organic layers, which are usually sandwiched between a transparent indium tin oxide (ITO) electrode and a metal electrode. Electrons and holes recombine in the emission zone of the device, which contains organic emitter dyes. Here, excitons are formed by the combining charge carriers, which eventually decay and emit as visible light.

Thin films of indium tin oxide are most commonly deposited on surfaces by electron beam evaporation, physical vapor deposition, or a range of sputter deposition techniques.