Biopolymers are polymers that are biodegradable. The input materials for the production of these polymers may be either renewable (based on agricultural plant or animal products) or synthetic. 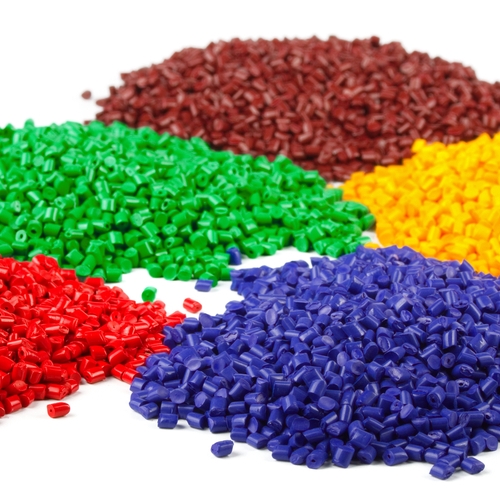 According to ASTM standard D-5488-94d, biodegradable means capable of undergoing decomposition into carbon dioxide, methane water, inorganic compounds, or biomass in which the predominant mechanisms is the enzymatic action of micro-organisms that can be measured by standard tests, over a specific period of time, reflecting available disposal conditions. There are different media (liquid, inert or compost medium) to analyse biodegradability. Compostability is material biodegradability using compost medium. Biodegradation is the degradation of an organic material caused by biological activity - mainly microorganisms’ enzymatic action.

This leads to a significant change in the material chemical structure. The end-products are carbon dioxide, new biomass and water (in the presence of oxygen: aerobia) or methane (oxygen absent: anaerobia), as defined in the European Standard EN 13432:2000. Unfortunately, depending on the standard used (ASTM, EN), different composting conditions (humidity, temperature cycle) must be realised to determine the compostability level. Then, it is difficult to compare the results using different standard conditions. We must also take into account the amount of mineralization as well as the nature of the residue left after biodegradation. The accumulation of contaminations with toxic residues and chemical reactions of biodegradation can cause plant growth inhibition in these products, which must serve as fertilizers. Actually the key issue is to determine for these by-products, the environment toxicity level which is called the eco-toxicity.

A major but defining difference between biopolymers and other polymers can be found in their structures. All polymers are made of repetitive units called monomers. Biopolymers often have a well-defined structure, though this is not a defining characteristic. The exact chemical composition and the sequence in which these units are arranged is called the primary structure, in the case of proteins. Many biopolymers spontaneously fold into characteristic compact shapes, which determine their biological functions and depend in a complicated way on their primary structures.

Structural biology is the study of the structural properties of the biopolymers. In contrast most synthetic polymers have much simpler and more random (or stochastic) structures. This fact leads to a molecular mass distribution that is missing in biopolymers. In fact, as their synthesis is controlled by a template directed process in most in vivo systems all biopolymers of a type (say one specific protein) are all alike: they all contain the similar sequences and numbers of monomers and thus all have the same mass. This phenomenon is called monodispersity in contrast to the polydispersity encountered in synthetic polymers.

Current and future developments in biodegradable polymers and renewable input materials focus relate mainly to the scaling-up of production and improvement of product properties. Larger scale production will increase availability and reduce prices.

There are four main types of biopolymer based respectively on :
1. Starch
2. Sugar
3.Cellulose
4.Synthetic materials

Applications
Thermoplastic starch is unsuitable for packaging liquids. It can sustain only brief contact with water. It has good oxygen barrier properties.

Sources
Starch is a natural polymer which occurs as granules in plant tissue, from which it can easily be recovered in large quantities. It is obtained from potatoes, maize, wheat and tapioca and similar sources. Starch can be modified in such a way that it can be melted and deformed thermoplastically. The resulting material is thus suitable for conventional plastic forming processes such as injection moulding and extruding.

Applications
Polyalctides decompose harmlessly in the human body and have therefore long been used for medical applications. Examples include surgical implants which do not require operative removal. Until recently, it was not feasible to use polylactides for packaging because of their high price, around US$500 per kilogram.

Sources
• The starting material for Polyhydroxibutyrate is made from sucrose or starch by a process of bacterial fermentation. Varying the nutrient composition of the bacteria produces differences in the end product. This makes it possible to tune the properties of the material, e.g. its moisture resistance. The polymer can be formed by injection, extrusion, blowing and vacuum forming.

• Polylactides (lactic acid polymers)are made from lactic acid, which is in turn made from lactose (or milk sugar) obtained from sugar beet, potatoes, wheat, maize etc. Polylactides are water resistant and can be formed by injection moulding, blowing and vacuum forming.

Applications
Familiar applications of cellophane include packaging for CDS, confectionary and cigarettes. The material is gradually falling out of favour, however, owing to its high price (about US$6 per kilogram). Other cellulose polymer materials (e.g. cellulose ilm) have also been commercially available for many years but are losing market share to newer polymers such as polypropylene.

Sources
The use of cellulose for making packagin material such as cellophane is long established. The material is transparent and has good folding properties. Whether in the form of pure cellulose or of a nitrocellulose coating, the material is wholly biodegradable and can be composted by existing waste processing plant.

Applications
The relatively high price of biodegradable polymers of synthetic substances, e.g. aliphatic aromatic copolyesters has prevented them from reaching a large scale market. The best known application is for making substrate mats.

Sources
Synthetic compounds derived from petroleum can also be a starting point for biodegradable polymers, e.g. aliphatic aromatic copolyesters. These polymers have technical properties resembling those of polyethylene (LDPE). Although these polymers are produced from synthetic starting materials, they are fully biodegradable and compostable.