Gold artifacts found at the Nahal Kana cave cemetery dated during the showed these to be from within the Chalcolithic, and considered the earliest find from the Levant (Gopher et al.). Gold artifacts in the Balkans also appear from the 4th millennium BC, such as those found in the Varna Necropolis near Lake Varna in Bulgaria, thought by one source (La Niece) to be the earliest “well-dated” find of gold artifacts. Gold artifacts such as the golden hats and the Nebra disk appeared in Central Europe from the 2nd millennium BC Bronze Age. 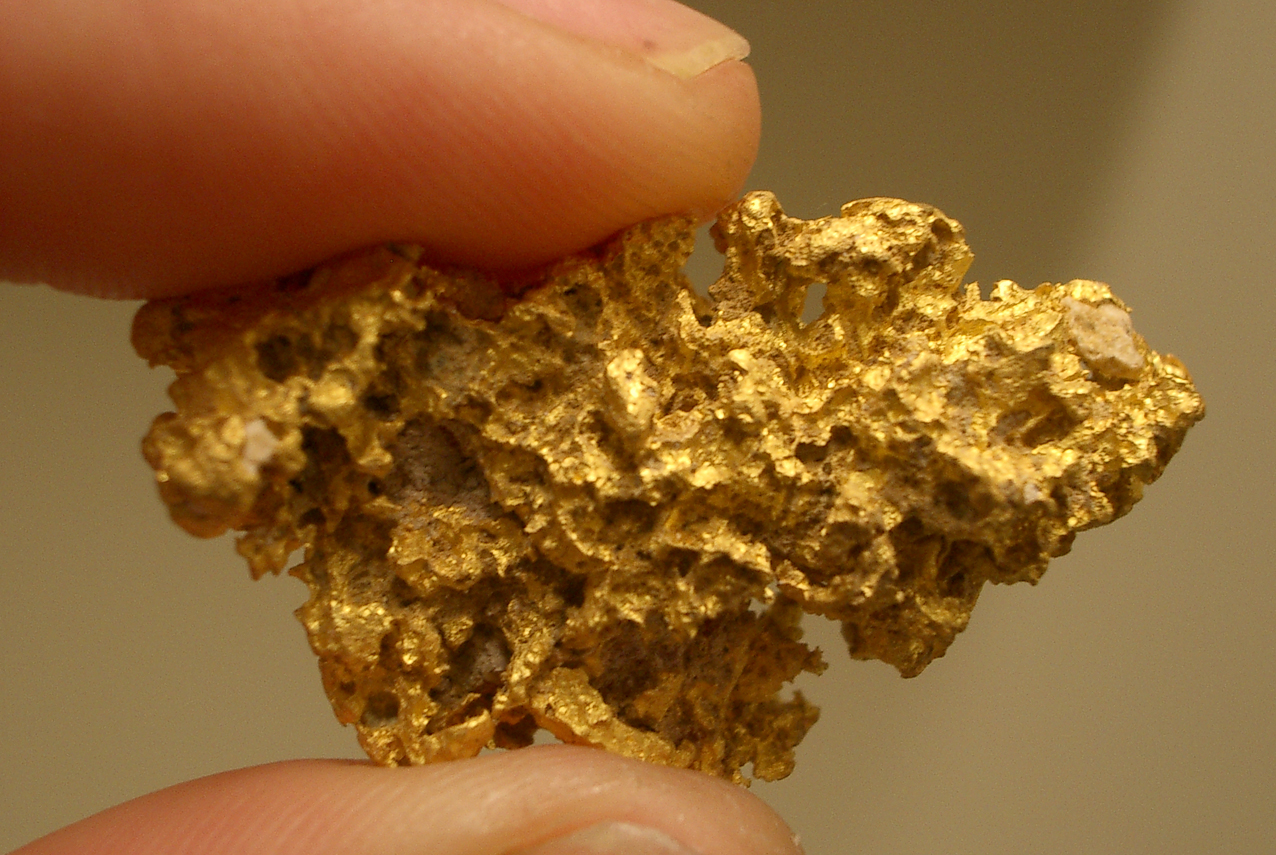 Gold is the most malleable and ductile of all metals

Chemically, gold is a transition metal and a group 11 element. Less commonly, it occurs in minerals as gold compounds, usually with tellurium. Gold resists attacks by individual acids, but it can be dissolved by the aqua regia (nitro-hydrochloric acid), so named because it dissolves gold. Gold dissolves in mercury, forming amalgam alloys. Gold is insoluble in nitric acid, which dissolves silver and base metals, a property that has long been used to confirm the presence of gold in items, giving rise to the term the acid test.