What is Fiber Optic?

An optical fiber is a flexible, transparent fiber made of very pure glass (silica) not much wider than a human hair that acts as a waveguide, or “light pipe“, to transmit light between the two ends of the fiber. The field of applied science and engineering concerned with the design and application of optical fibers is known as fiber optics. 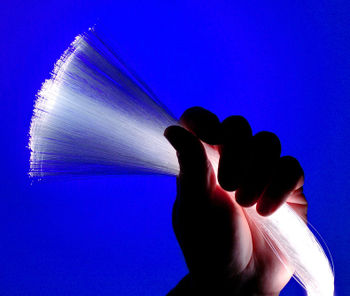 Optical fibers are widely used in fiber-optic communications, which permits transmission over longer distances and at higher bandwidths (data rates) than other forms of communication. Specially designed fibers are used for a variety of other applications, including sensors and fiber lasers. 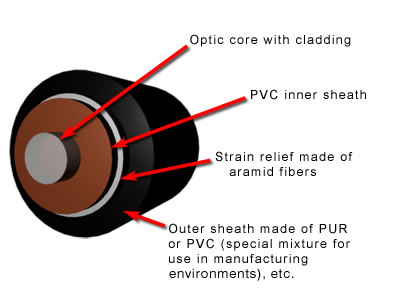 Single-mode fibers are used for most communication links longer than 1,050 meters (3,440 ft). Joining lengths of optical fiber is more complex than joining electrical wire or cable. Special optical fiber connectors for removable connections are also available. Fiber optics, though used extensively in the modern world, is a fairly simple and old technology. Tyndall also wrote about the property of total internal reflection in an introductory book about the nature of light in 1870: “When the light passes from air into water, the refracted ray is bent towards the perpendicular. When the ray passes from water to air it is bent from the perpendicular. The angle which marks the limit where total reflection begins is called the limiting angle of the medium. Unpigmented human hairs have also been shown to act as an optical fiber.

In 1952, physicist Narinder Singh Kapany conducted experiments that led to the invention of optical fiber. Modern optical fibers, where the glass fiber is coated with a transparent cladding to offer a more suitable refractive index, appeared later in the decade. Development then focused on fiber bundles for image transmission. The first fiber optic semi-flexible gastroscope was patented by Basil Hirschowitz, C. Wilbur Peters, and Lawrence E. Curtiss, researchers at the University of Michigan, in 1956. 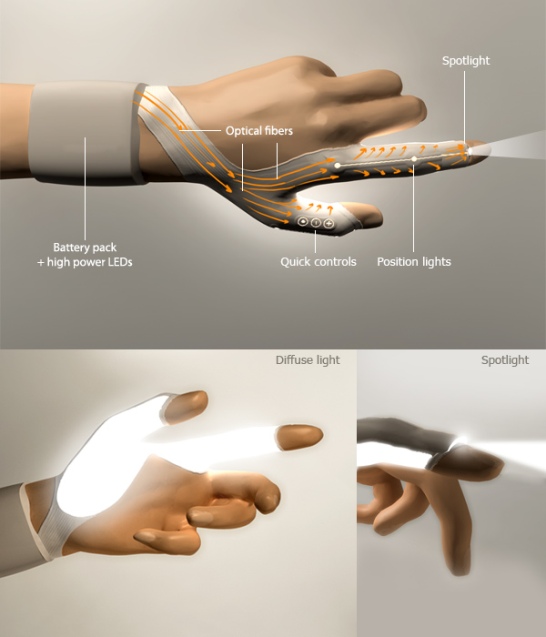 In the process of developing the gastroscope, Curtiss produced the first glass-clad fibers; previous optical fibers had relied on air or impractical oils and waxes as the low-index cladding material. In the late 19th and early 20th centuries, light was guided through bent glass rods to illuminate body cavities. Alexander Graham Bell invented a ‘Photophone’ to transmit voice signals over an optical beam. 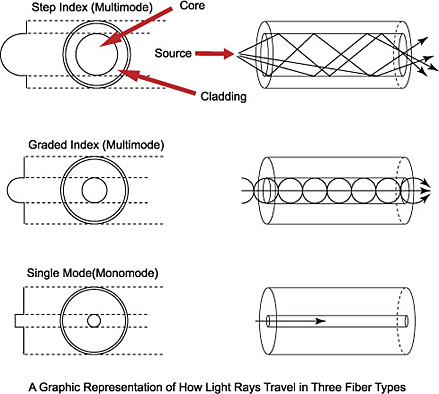 Jun-ichi Nishizawa, a Japanese scientist at Tohoku University, also proposed the use of optical fibers for communications in 1963, as stated in his book published in 2004 in India. Nishizawa invented other technologies that contributed to the development of optical fiber communications, such as the graded-index optical fiber as a channel for transmitting light from semiconductor lasers. Charles K. Kao and George A. Hockham of the British company Standard Telephones and Cables (STC) were the first to promote the idea that the attenuation in optical fibers could be reduced below 20 decibels per kilometer (dB/km), making fibers a practical communication medium. 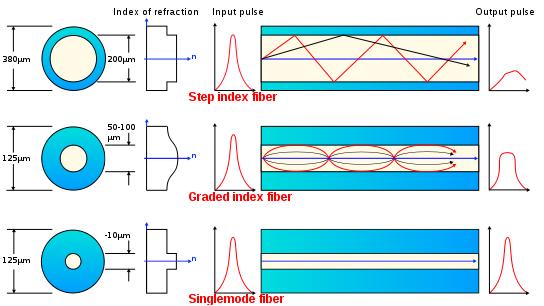 Attenuation in modern optical cables is far less than in electrical copper cables, leading to long-haul fiber connections with repeater distances of 70–150 kilometers (43–93 mi). The erbium-doped fiber amplifier, which reduced the cost of long-distance fiber systems by reducing or eliminating optical-electrical-optical repeaters, was co-developed by teams led by David N. Payne of the University of Southampton and Emmanuel Desurvire at Bell Labs in 1986.

Robust modern optical fiber uses glass for both core and sheath, and is therefore less prone to aging. The emerging field of photonic crystals led to the development in 1991 of photonic-crystal fiber, which guides light by diffraction from a periodic structure, rather than by total internal reflection. The first photonic crystal fibers became commercially available in 2000. Photonic crystal fibers can carry higher power than conventional fibers and their wavelength-dependent properties can be manipulated to improve performance.

It is especially advantageous for long-distance communications, because light propagates through the fiber with little attenuation compared to electrical cables. Each fiber can carry many independent channels, each using a different wavelength of light (wavelength-division multiplexing (WDM)). The net data rate (data rate without overhead bytes) per fiber is the per-channel data rate reduced by the FEC overhead, multiplied by the number of channels (usually up to eighty in commercial dense WDM systems as of 2008).

The current laboratory fiber optic data rate record, held by Bell Labs inVillarceaux,France, is multiplexing 155 channels, each carrying 100 Gbit/s over a 7000 km fiber. Nippon Telegraph and Telephone Corporation have also managed 69.1 Tbit/s over a single 240 km fiber (multiplexing 432 channels, equating to 171 Gbit/s per channel). For short distance applications, such as a network in an office building, fiber-optic cabling can save space in cable ducts.