What is Hybrid Materials? 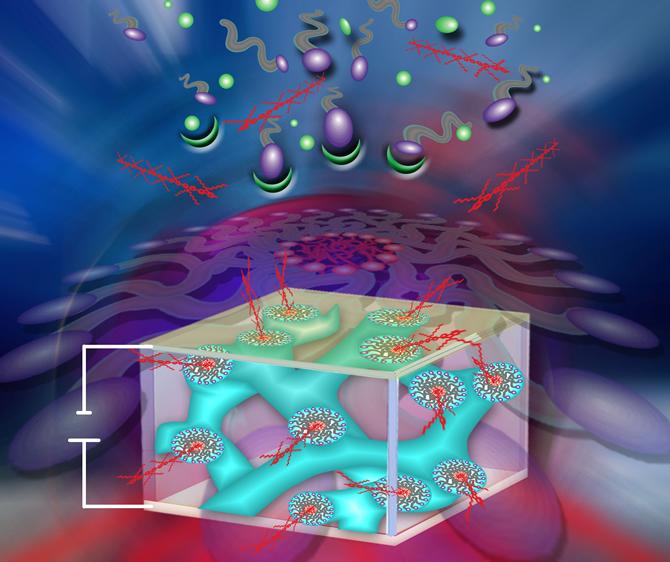 Hybrid materials can be classified based on the possible interactions connecting the inorganic and organic species. Structural properties can also be used to distinguish between various hybrid materials. An organic moiety containing a functional group that allows the attachment to an inorganic network, e.g. a trialkoxysilane group, can act as a network modifier because in the final structure the inorganic network is only modified by the organic group.

The situation is different if two or three of such anchor groups modify an organic segment, this leads to materials in which the inorganic group is afterwards an integral part of the hybrid network. Blends are formed if no strong chemical interactions exist between the inorganic and organic building blocks. One example for such a material is the combination of inorganic clusters or particles with organic polymers lacking a strong (e.g. covalent) interaction between the components. 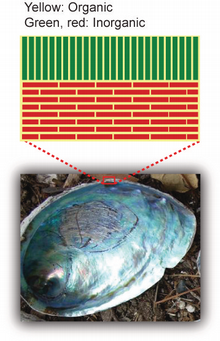 The intricate hybrid structure of seashells

In this case a material is formed that consists for example of an organic polymer with entrapped discrete inorganic moieties in which, depending on the functionalities of the components, for example weak crosslinking occurs by the entrapped inorganic units through physical interactions or the inorganic components are entrapped in a crosslinked polymer matrix. 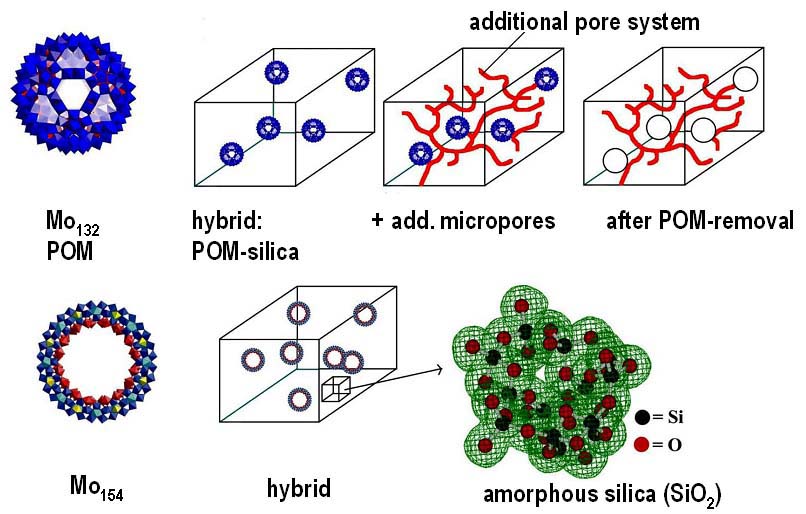 If an inorganic and an organic network interpenetrate each other without strong chemical interactions, so called interpenetrating networks (IPNs) are formed, which is for example the case if a sol–gel material is formed in presence of an organic polymer or vice versa. Both materials described belong to class I hybrids.

Large molecular building blocks for hybrid materials, such as large inorganic clusters, may be of the nanometer length scale. It is important that the interface between the inorganic and organic materials which has to be tailored to overcome serious problems in the preparation of hybrid materials.

Building blocks at least partially keep their molecular integrity throughout the material formation, which means that structural units that are present in these sources for materials formation can also be found in the final material. At the same time typical properties of these building blocks usually survive the matrix formation, which is not the case if material precursors are transferred into novel materials. Representative examples of such well-defined building blocks are modified inorganic clusters or nanoparticles with attached reactive organic groups.

Depending on the number of groups that can interact, these building blocks are able to modify an organic matrix (one functional group) or form partially or fully crosslinked materials (more than one group). Beside the molecular building blocks mentioned, nanosized building blocks, such as particles or nanorods, can also be used to form nanocomposites. In recent years many building blocks have been synthesized and used for the preparation of hybrid materials.

Many of the classical inorganic solid state materials are formed using solid precursors and high temperature processes, which are often not ompatible with the presence of organic groups because they are decomposed at elevated temperatures. If the organic polymerization occurs in the presence of an inorganic material to form the hybrid material one has to distinguish between several possibilities to overcome the incompatibilty of the two species.

The inorganic material can either have no surface functionalization but the bare material surface, it can be modified with nonreactive organic groups (e.g. alkyl chains); or it can contain reactive surface groups such as polymerizable functionalities. Homogeneous materials are only obtained in this case if agglomeration of the inorganic components in the organic environment is prevented. The strongest interaction is achieved if class II materials are formed, for example with covalent interactions.