Do you know White Cast Iron ?

White Iron is unalloyed cast iron with low carbon and silicon content such that the structure is hard brittle iron carbide with no free graphite. These irons are limited in application because of the lack of impact resistance and the difficulty in maintaining the structure in thicker sections. In some cases the castings are designed and produced to have a white structure in certain areas and a grey or flake structure elsewhere to improve toughness. 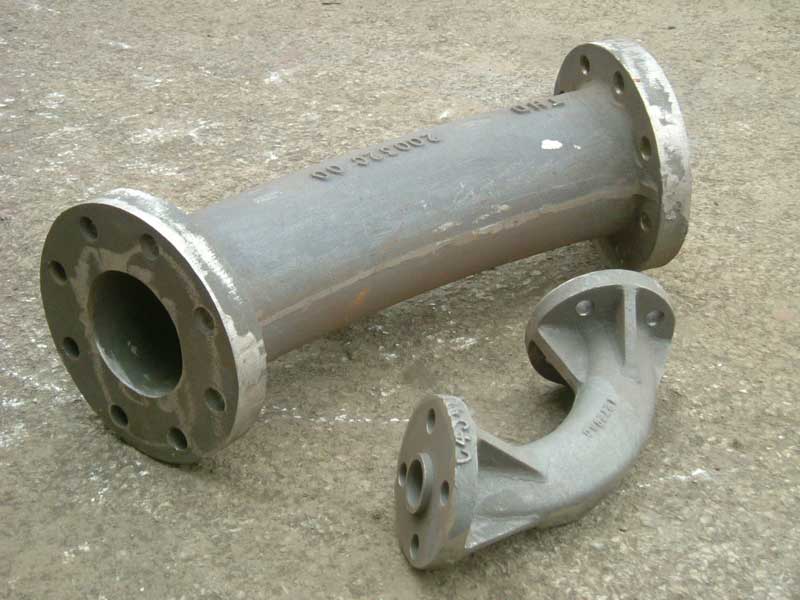 It is the iron that displays white fractured surface due to the presence of cementite. With a lower silicon content and faster cooling, the carbon in white cast iron precipitates out of the melt as the metastable phase cementite, Fe3C, rather than graphite. The cementite which precipitates from the melt forms as relatively large particles, usually in a eutectic mixture, where the other phase is austenite (which on cooling might transform to martensite). These eutectic carbides are much too large to provide precipitation hardening (as in some steels, where cementite precipitates might inhibit plastic deformation by impeding the movement of dislocations through the ferrite matrix).

Rather, they increase the bulk hardness of the cast iron simply by virtue of their own very high hardness and their substantial volume fraction, such that the bulk hardness can be approximated by a rule of mixtures. In any case, they offer hardness at the expense of toughness. Since carbide makes up a large fraction of the material, white cast iron could reasonably be classified as a cermet.

White iron is too brittle for use in many structural components, but with good hardness and abrasion resistance and relatively low cost, it finds use in such applications as the wear surfaces (impeller and volute) of slurry pumps, shell liners and lifter bars in ball mills and autogenous grinding mills, balls and rings in coal pulverisers, and the teeth of a backhoe’s digging bucket (although cast medium-carbon martensitic steel is more common for this application).

It is difficult to cool thick castings fast enough to solidify the melt as white cast iron all the way through. However, rapid cooling can be used to solidify a shell of white cast iron, after which the remainder cools more slowly to form a core of grey cast iron.

The resulting casting, called a chilled casting, has the benefits of a hard surface and a somewhat tougher interior. High-chromium white iron alloys allow massive castings (for example, a 10-tonne impeller) to be sand cast, i.e., a high cooling rate is not required, as well as providing impressive abrasion resistance.