Pipe is a hollow tube with round cross section for the conveyance of products. The word pipe is used as distinguished from tube to apply to tubular products of dimensions commonly used for pipeline and piping systems. Pipe are made in many materials including ceramic, fiberglass, many metals, concrete and plastic. Typically metallic piping is made of steel or iron, such as unfinished, black (lacquer) steel, carbon steel, stainless steel or galvanized steel, brass, and ductile iron. Lead piping is still found in old domestic and other water distribution systems, but it is no longer permitted for new potable water piping installations due to its toxicity. 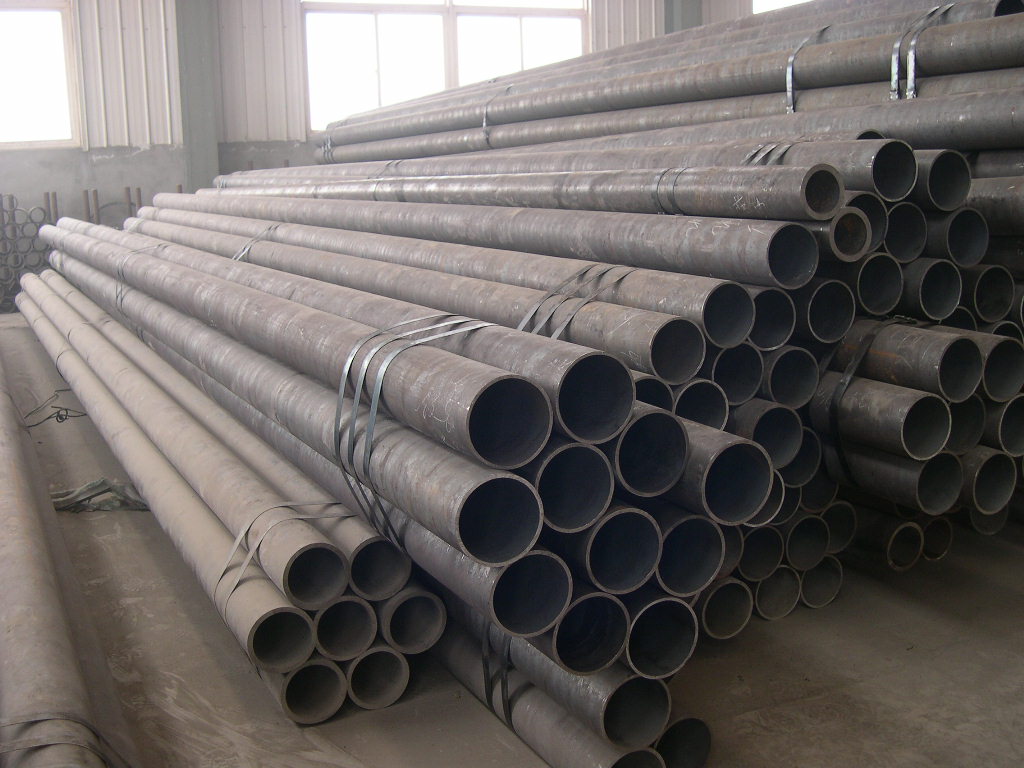 Many industrial and government standards exist for the production of pipe and tubing. There are three processes for metallic pipe manufacture. Seamless pipe withstands pressure better than other types, and is often more easily available than welded pipe. Welded (also Electric Resistance Welded (“ERW”), and Electric Fusion Welded (“EFW”)) pipe is formed by rolling plate and welding the seam. Large-diameter pipe (25 centimetres (10 in) or greater) may be ERW, EFW or Submerged Arc Welded (“SAW”) pipe.

In many countries, PVC pipes account for most pipe materials used in buried municipal applications for drinking water distribution and wastewater mains. Pipes for sewage are still predominantly made from concrete or vitrified clay. In other applications plastic pipes provide better properties and processing options.

Reinforced concrete can be used for large-diameter concrete pipes. Pipe sizes can be confusing because the terminology may relate to historical dimensions. Initially, a half inch pipe did have an inner diameter of 0.5 inches (13 mm)—but it also had thick walls. The history of copper pipe is similar. In the 1930s, the pipe was designated by its internal diameter and a 1?16-inch (1.6 mm) wall thickness. Consequently, a 1-inch (25 mm) copper pipe had a 11?8-inch (28.58 mm) outside diameter. PVC pipe uses the Nominal Pipe Size. 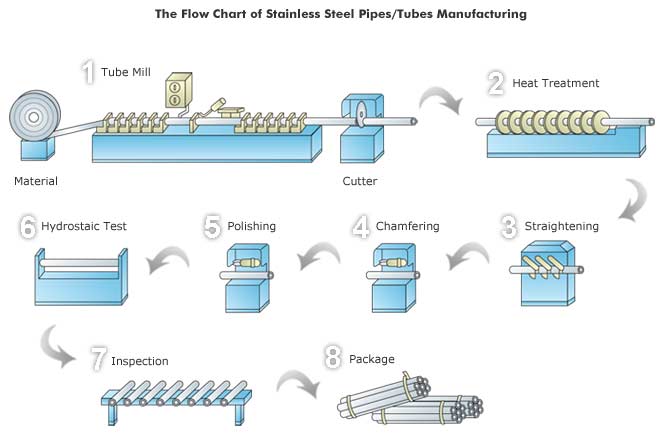 There are two common methods for designating pipe outside diameter (OD). The North American method is called NPS (“Nominal Pipe Size”) and is based on inches (also frequently referred to as NB (“Nominal Bore”)). Designating the outside diameter allows pipes of the same size to be fit together no matter what the wall thickness.

For example, NPS 2 inch and DN 50 are the same pipe, but the actual OD is 2.375 inches or 60.33 millimetres. For pipe sizes of NPS 14 inch (DN 350) and greater the NPS size is the actual diameter in inches and the DN size is equal to NPS times 25 (not 25.4) rounded to a convenient multiple of 50. Since the outside diameter is fixed for a given pipe size, the inside diameter will vary depending on the wall thickness of the pipe. For example, 2″ Schedule 80 pipe has thicker walls and therefore a smaller inside diameter than 2″ Schedule 40 pipe.

Steel pipe has been produced for about 150 years. The pipe sizes that are in use today in PVC and galvanized were originally designed years ago for steel pipe. For example, Sch 20 pipe is even thinner than Sch 40, but same OD. And while these pipes are based on old steel pipe sizes, there is other pipe, like gold-flow cpvc for heated water, that uses pipe sizes, inside and out, based on old copper pipe size standards instead of steel.

Many different standards exist for pipe sizes, and their prevalence varies depending on industry and geographical area. In the early twentieth century, American pipe was sized by inside diameter. This practice was abandoned to improve compatibility with pipe fittings that must usually fit the OD of the pipe, but it has had a lasting impact on modern standards around the world.

In North America and the UK, pressure piping is usually specified by Nominal Pipe Size (NPS) and schedule (SCH). Typically the pipe wall thickness is the controlled variable, and the Inside Diameter (I.D.) is allowed to vary. The pipe wall thickness has a variance of approximately 12.5 percent. In the rest of Europe pressure piping uses the same pipe IDs and wall thicknesses as Nominal Pipe Size, but labels them with a metric Diameter Nominal (DN) instead of the imperial NPS. Japan has its own set of standard pipe sizes, often called JIS pipe.

Pressure piping is generally pipe that must carry pressures greater than 10 to 25 atmospheres, although definitions vary. To ensure safe operation of the system, the manufacture, storage, welding, testing, etc. of pressure piping must meet stringent quality standards. Manufacturing standards for pipes commonly require a test of chemical composition and a series of mechanical strength tests for each heat of pipe. Some widely used pipe standards are:

QA often requires the heat number to be written on the pipe. Pipe is usually delivered to a customer or jobsite as either “sticks” or lengths of pipe (typically 20 feet) or they are prefabricated with elbows, tees and valves into a prefabricated pipe spool (A pipe spool is a piece of pre-assembled pipe and fittings, usually prepared in a shop so that installation on the construction site can be more efficient). The Pipe and Pipe Spools are delivered to a warehouse on a large commercial job and they may be held indoors or in a gridded laydown yard. The Pipe or pipe spool is retrieved, staged, rigged, and then lifted into place.

Pipes are commonly joined by welding, using threaded pipe and fittings; sealing the connection with a pipe thread compound, Polytetrafluoroethylene (PTFE) Thread seal tape, oakum, or PTFE string, or by using a mechanical coupling. Process piping is usually joined by welding using a TIG or MIG process. The most common process pipe joint is the butt weld. The most common pipe thread in North America is the National Pipe Thread (NPT) or the Dryseal (NPTF) version. Other pipe threads include the British standard pipe thread (BSPT), the garden hose thread (GHT), and the fire hose coupling (NST).

Copper pipes are typically joined by soldering, brazing, compression fittings, flaring, or crimping. Plastic pipes may be joined by solvent welding, heat fusion, or elastomeric sealing. Some thin-walled pipes of ductile material, such as the smaller copper or flexible plastic water pipes found in homes for ice makers and humidifiers, for example, may be joined with compression fittings.

Underground pipe typically uses a “push-on” gasket style of pipe that compresses a gasket into a space formed between the two adjoining pieces. Push-on joints are available on most types of pipe. A pipe joint lubricant must be used in the assembly of the pipe. Large above ground pipe typically uses a flanged joint, which is generally available in ductile iron pipe and some others. It is a gasket style where the flanges of the adjoining pipes are bolted together, compressing the gasket into a space between the pipe.

The piping and plumbing fittings and valves articles discuss them further. Pipes are either supported from below or hung from above. These devices are called pipe supports. Supports may be as simple as a pipe “shoe” which is akin to a half of an I-beam welded to the bottom of the pipe; they may be “hung” using a clevis or trapeze type of devices called pipe hangers.