What is a Non-Newtonian Fluid? 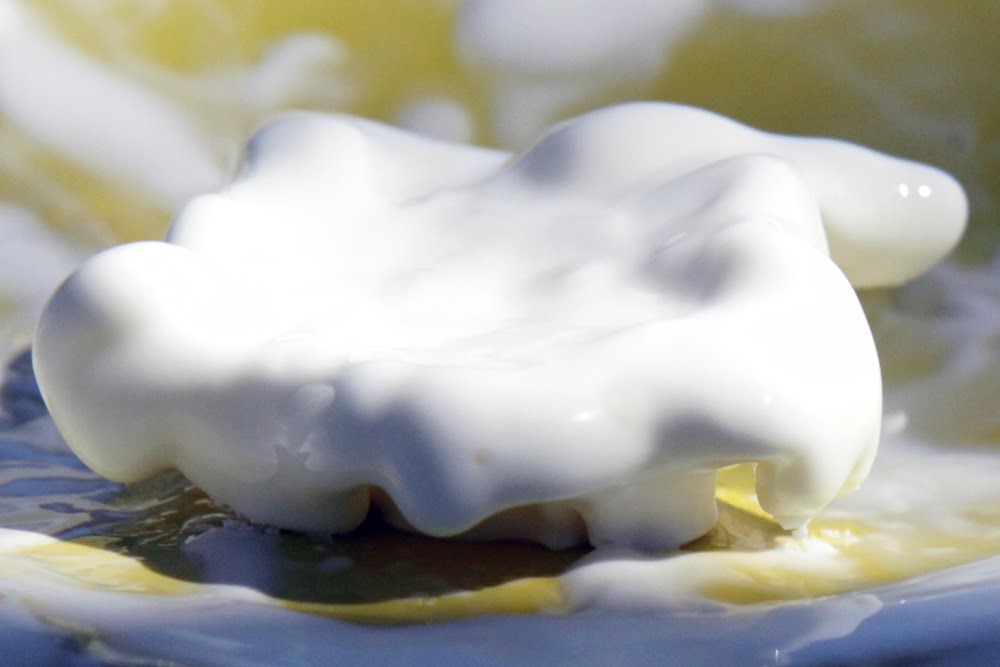 Fluid You Can Walk On

Therefore, although the concept of viscosity is commonly used in fluid mechanics to characterize the shear properties of a fluid, it can be inadequate to describe non-Newtonian fluids. They are best studied through several other rheological properties which relate stress and strain rate tensors under many different flow conditions, such as oscillatory shear, or extensional flow which are measured using different devices or rheometers. The properties are better studied using tensor-valued constitutive equations, which are common in the field of continuum mechanics.

If you punch a bucket full of a shear thickening non-Newtonian fluid, the stress introduced by the incoming force causes the atoms in the fluid to rearrange such that it behaves like a solid. Your hand will not go through. If you shove your hand into the fluid slowly, however, it will penetrate successfully. If you pull your hand out abruptly, it will again behave like a solid, and you can literally pull a bucket of the fluid out of its container in this way.

A shear thinning non-Newtonian fluid behaves in the opposite way. In this type, the fluid becomes thinner, rather than thicker, when stress is applied. Also called pseudoplastic, examples of this type of non-Newtonian fluid include ketchup, toothpaste, and paint. The effect doesn’t usually last for long in either type, continuing only as long as the stress is applied.

A fluid that departs from the classic linear newtonian relation between stress and shear rate. In a strict sense, a fluid is any state of matter that is not a solid, and a solid is a state of matter that has a unique stress-free state. A conceptually simpler definition is that a fluid is capable of attaining the shape of its container and retaining that shape for all time in the absence of external forces. Therefore, fluids encompass a wide variety of states of matter including gases and liquids as well as many more esoteric states (for example, plasmas, liquid crystals, and foams).