Scientists have been warning that the sun’s solar cycle which peaks in 2012, could cause powerful solar storms that could leave many places on earth without communication and electricity for months. 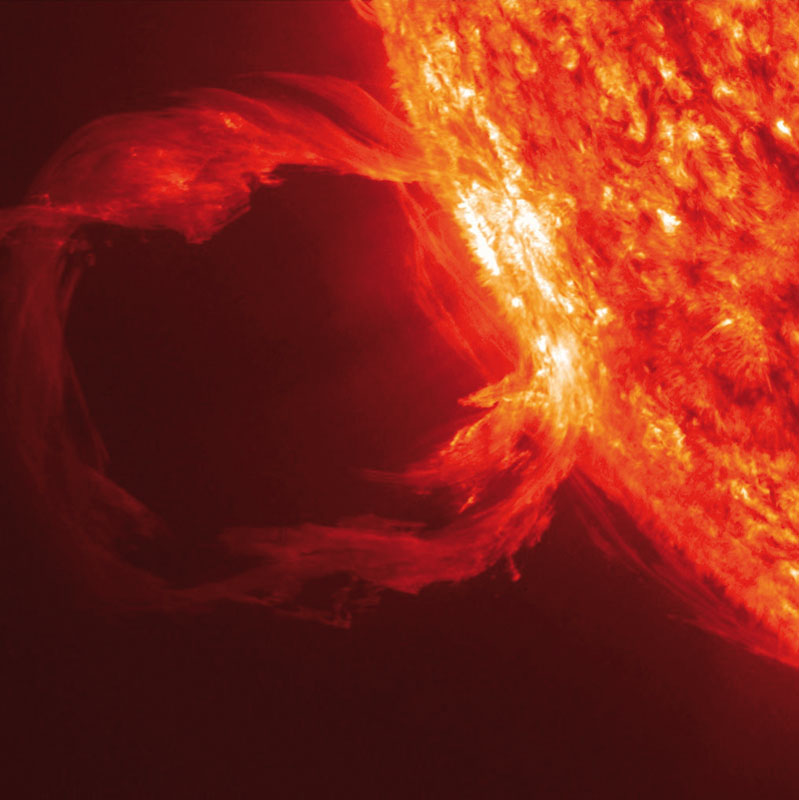 Recent advances in technology have given scientists a look at what goes on inside the sun. The findings from this research predict we may be in for a chaotic 2012. This is due to the massive solar storms predicted to occur in 2012. The sun goes through an 11 year cycle where sunspots come and go on the suns surface. During the peak of the cycle, solar storms occur.

Solar storms start with powerful magnetic fields in the sun which can snap at any time releasing immense amounts of energy into space. Some of the solar particles from the explosion could hit earth at about a million miles an hour. Usually the magnetosphere, a protective shield created by the earth’s magnetic field, blocks most of the solar particles keeping damage to a minimum. Unfortunately the magnetosphere has been weakening recently and its ability to protect earth has been reduced.

Another concern is that researchers predict the next solar peak will be 30% to 50% stronger than the last one which occurred in 2001. Solar flares have done considerable damage to the earth in the past, even when our magnetosphere was strong. In 1859 a strong solar storm caused telegraph wires to short out in the United States and in Europe. This caused widespread fires around the affected areas. Other Solar storms in 1989 and 2003 caused major blackouts in Canada and United States.

If a major solar storm were to occur, power grids could be knocked out leaving millions of people without electricity. Also cell phones, GPS, weather satellites and many other electronic systems that depend on satellites could stop working. If the solar storm is stronger than predicted, the solar particles released into the magnetosphere could boost the gravitational pull on satellites and cause them to crash down to earth. This could cause some types of long distance communications to be lost.

Countless Power grids could fail and electricity could be lost for over 150 million people in United States alone. In the case of interdependent infrastructures, people could lose their air conditioning, potable water, phone service and transportation. Also drinking water distribution systems could break down in a couple of hours. It could take months to fix all these problems leading to serious social and economic disruptions. Potentially these effects could lead to a loss of governmental control over the situation.