The first recorded instance of hydrogen made by human action was in the first half of the 1500s, by a similar method to that used in schools now. Theophrastus Paracelsus, a physician, dissolved iron in sulfuric acid and observed the release of a gas. He is reported to have said of the experiment, “Air arises and breaks forth like a wind.” He did not, however, discover any of hydrogen’s properties. 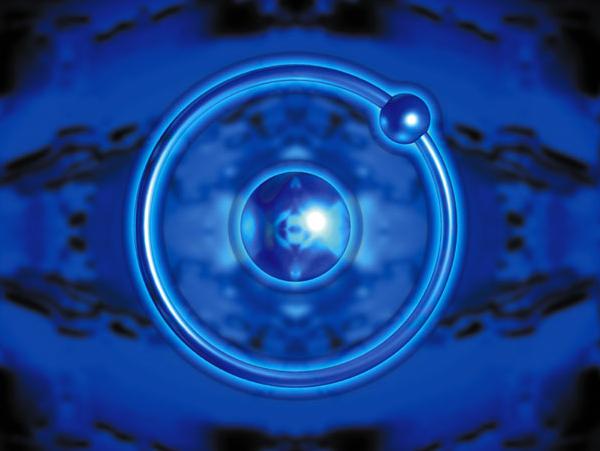 Hydrogen is the chemical element with atomic number 1

Turquet De Mayerne repeated Paracelsus’s experiment in 1650 and found that the gas was flammable. Neither Paracelsus nor De Mayerne proposed that hydrogen could be a new element. Indeed, Paracelsus believed there were only three elements - the tria prima - salt, sulfur, and mercury - and that all other substances were made of different combinations of these three.

In 1670 Robert Boyle added iron to sulfuric acid. He showed the resulting (hydrogen) gas only burned if air was present and that a fraction of the air (we would now call it oxygen) was consumed by the burning.

Hydrogen was first recognized as a distinct element in 1766 by Henry Cavendish, when he prepared it by reacting hydrochloric acid with zinc. He described hydrogen as “inflammable air from metals” and established that it was the same material (by its reactions and its density) regardless of which metal and which acid he used to produce it. Cavendish also observed that when the substance was burned, it produced water.

Lavoisier later named the element hydrogen (1783). The name comes from the Greek ‘hydro’ meaning water and ‘genes’ meaning forming - hydrogen is one of the two water forming elements. In 1806, with hydrogen well-established as an element, Humphry Davy pushed a strong electric current through purified water.

He found hydrogen and oxygen were formed. The experiment demonstrated that electricity could pull substances apart into their constituent elements. Davy realized that substances were bound together by an electrical phenomenon; he had discovered the true nature of chemical bonding.

The most common isotope of hydrogen is protium (name rarely used, symbol 1H) with a single proton and no neutrons. In ionic compounds it can take a negative charge (an anion known as a hydride and written as H?), or as a positively charged species H+. The latter cation is written as though composed of a bare proton, but in reality, hydrogen cations in ionic compounds always occur as more complex species.

Hydrogen forms compounds with most elements and is present in water and most organic compounds. It plays a particularly important role in acid-base chemistry with many reactions exchanging protons between soluble molecules. As the simplest atom known, the hydrogen atom has been of theoretical use. For example, as the only neutral atom with an analytic solution to the Schrödinger equation, the study of the energetics and bonding of the hydrogen atom played a key role in the development of quantum mechanics.

First element in the periodic table. In normal conditions it’s a colourless, odourless and insipid gas, formed by diatomic molecules, H2. The hydrogen atom, symbol H, is formed by a nucleus with one unit of positive charge and one electron. Its atomic number is 1 and its atomic weight 1,00797 g/mol. It’s one of the main compounds of water and of all organic matter, and it’s widely spread not only in The Earth but also in the entire Universe. There are three hydrogen isotopes: protium, mass 1, found in more than 99,985% of the natural element; deuterium, mass 2, found in nature in 0.015% approximately, and tritium, mass 3, which appears in small quantities in nature, but can be artificially produced by various nuclear reactions.